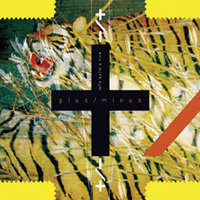 +/-‘s last album, You Are Here, has long since become the standard by which I measure all indie/electronica/rock hybrid songwriting. No small compliment, given how many bands today are trying to do this kind of thing. During the years the band have been silent, slowly ebbing away at full-length number three, the potency of their work has only increased with relevance and reverence, building the anticipation for Let’s Build a Fire to uncomfortable heights. Personally, I made the wait worse by visiting the band’s website and peeking at the video for new single, “Steal the Blueprints,” months before the album’s release. Gentle field recording of birds, finger-picked acoustic guitar, throbbing electronic kick drum, fuzz bass, bleeps of delayed guitar notes, scattered panning of percussive accentuations, and, of course, vocal hooks to melt under. Yup, these guys fucking slay. Even six months before Let’s Build a Fire was due to hit streets, I was ready to proclaim +/- one of the best bands on the planet yet again.

And, for the most part, now that I’ve spent a good month with Let’s Build a Fire on repeat, I’m ready to sing the band’s praises all over again. However, the revelatory nature of Let’s Build a Fire doesn’t quite match that of You Are Here‘s. Why? Perhaps cuz You Are Here was such a HUGE leap from Self-Titled Long-Playing Debut Album that the advances made on Let’s Build a Fire from its predecessor seem small in comparison. Or that, simply, Let’s Build a Fire‘s songs are just a tad less ingenious than those of You Are Here. Sure, “Steal the Blueprints” ranks as the album’s best by far, but that means that the others are never going top it. In fact, the likes of “Thrown into the Fire,” “Summer Dress 2 (Iodine),” and “This is All (I Have Left)” feel like leftovers from previous albums, offering the expected +/- 7/8 (or 5/4) time signature, replete with crisp arpeggios. They’re not bad by any means, but it’s a bit “same ol’, same ol’.” And if the hooks were just a smidgen catchier – or more original – the songs would’ve stood out more. But as they stand, they merely pass as average.

Thankfully, “Fadeout,” “One Day You’ll Be There,” “Leap Year,” and “Ignoring All the Detours” pick up much of the slack, compensating with worlds of manic syncopation, brilliant uses of silence/build up/release, and heartbreaking serenades. The opening title track also starts the proceedings beautifully, with trumpets playing a ’20s jazz waltz crackling with Gramophone static before erupting into electric guitars. As always, +/- excel at executing their vision of organic-electronic intermingling, seamlessly replacing/mimicking samples with real instruments and vice versa, but on Let’s Build a Fire they also strip down to bare bones a few times to great results. “The Important Thing is to Love,” “Profession,” and closer “For You” are all pretty standard ballad-ish indie tunes (all written by guitarist/vocalist Patrick Ramos, coincidentally), but they prove that sometimes a great hook is all you need. Incredible control of auditory fireworks and engineering experimentation can obviously be wonderful tools to call upon, but sometimes a guitar and an honest voice is all that you need. Not that these songs are completely barren, of course: “For You,” in particular, ends the album with swells of strings, cascades of concert cymbals, and timpani rumbles accompanying Ramos’ falsetto crooning. Hardly lo-fi coffee house stuff.

As a whole, Let’s Build a Fire doesn’t disappoint and most definitely defeats just about every other indie rock/electronica release this year. But taken in the context of +/-‘s trajectory, I can’t help but feel that it could’ve been better. And by “better,” I mean that it could’ve been “flawless” as opposed to just “fucking unbelievable,” which it undoubtedly is. My suggestion? Pick up both this new platter as well as You Are Here, because your ears deserve such magical compositions.

It’s been quite a while since your last album, You Are Here. What’s been going on all this time?
Essentially, we toured a few times behind You Are Here, and then had to take a break because Patrick (Ramos, guitarist/vocalist) and his wife had a baby girl. So he spent a while focusing on just raising her, since he’s a stay-at-home dad. For a year, we took our time recording, meeting maybe about once a week to work on ideas. We had the album pretty much finished by the time we picked a label to go with, but then we still had to remix, master, and tweak the record a bit more. So it wasn’t like we had a finished album and were just waiting for a label to come along. We had to do what was best for us.

Do you think such a comparatively “leisurely” approach to being in a band hurts your “career” in today’s fast-paced, short-attention-span marketplace?
I don’t know. It’s difficult to say what would be different if the new album came out two years ago. We never want to lose momentum, but we had no choice but to take our time.

How do you balance life in NYC with being in the band? How do you survive financially?
It’s not as hard as you’d think. Both myself and Chris (Deaner, drummer) freelance: He does computer programming, and I’m in film editing. We get paid pretty well doing what we do, and our jobs allow us to take time off and come and go as we please. Patrick’s wife is a nurse, and they can get by on her salary.

Of course, it’s not easy… We have friends around the country who can live for months off of one tour. We definitely can’t do that.

Are there any updates from the Versus camp?
We get together once in a while when my brother (Richard Baluyut) is in town. Sometimes we write something and record it. But other than that, there’s not much to report.

So you guys aren’t broken up? You’re actually working on new material?
We never said we were broken up, but at this rate we’re working very slowly on new material. I know that it’s certainly not a priority for me. +/- is my main thing. Maybe Versus will have a new album in 10 years. Our last one came out in 2000, I think? We’re already halfway there!

How come you guys still haven’t found a bassist?
(Chuckles) We usually just use whoever’s around and can tour. There are a couple candidates who we tap on the shoulder every time we need someone, but for the most part, it’s made writing easier. It’s not that we don’t want a permanent bassist, it’s that we haven’t been able to find someone in NYC who we think is right for the job. In other parts of the country, sure, we’ve got people who we’d love to have. But if they’re not in NYC, they can’t be a part of the band’s working process.

You’re about to visit my home country, Taiwan, for the third time. Tell me about the scene there, how you guys started going over, etc.
A couple of ex-pats started a music festival in the south of Taiwan a few years ago, initially just for Taiwanese bands. Eventually, they started inviting other Asian bands and, later on, American bands. Chris is also in a bluegrass band, and one of their members was living in Taiwan at the time. The festival organizers asked the bluegrass band to play, so Chris thought it’d be cool to maybe have +/- play as well.

When our back catalog started to be licensed in Japan, Chris got in touch with the Taiwanese parties to see if they’d be interested in having us. One of the festival’s organizers also owns a club in Taipei, just above this record store/label. He said that he’d love to have us, but that the label should probably put out a record first. So that was it. It was like “Why not have your record available in Taiwan? How can it hurt?”

The first time we played over there, it was a little tough cuz the record hadn’t been out very long and not many people knew us, even though the club promoted the show really well. The second time, however, it was amazing. I felt like we were in some huge band. The people went nuts over every little thing we did. They’d start cheering at the very first note of every song. I’d say it was one of my favorite shows of all time.

Do you think there’s a strong underground scene there now?
I think that it’s growing. The store/label is practically inventing it single-handedly.

I’ll tell my grandma to check you out, even though she’s practically deaf.
Great! Then she’ll really like us.

Has being a mainly Asian band effected your experiences with audiences, press, the world, either positively or negatively? Do you find that you guys are sometimes treated differently because of your ethnicity?
It’s hard to tell. We’ve never thought of ourselves as an Asian band, we like to concentrate on just being a good band. We’ve never gone out of our way to play up our ethnicity, even though recently we’ve been a part of a few Asian film festivals. But even then, we’re only there because a White guy, our drummer, made a video! (laughs)

But sure, it’s been suggested to me that maybe Versus would’ve been huge if we’d been a bunch of White dudes. But what can you do? You are who you are. Have I ever felt like people were treating me differently? Not really. Again, our main concern is being a good band, not just a good Asian band.
(www.absolutelykosher.com) 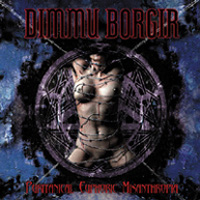 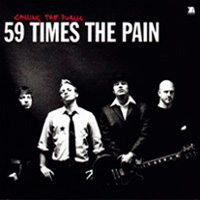 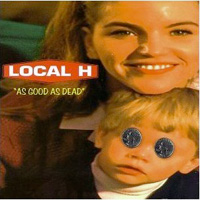