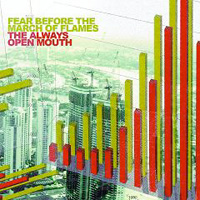 Fear Before the March of Flames

Musically, this record is hundreds of miles away from the by now standard spazzcore of Art Damage. Opting instead for a more melodious take on post hardcore, post rock, and post everything that would merit the “post” prefix, Fear Before the March of Flames almost sound like a different band. Sonically, all these tracks reveal awesome abilities to create hooks and layer songs with seemingly crafty arrangements. At times reminiscent of the Deftones, and at others, basing their material around piano and keyboards, FBTMF is clearly aware of the risk that this entails. It could totally polarize their fanbase and divide their potential market. Tracks like “My (Fucking) Deer Hunter,” “Drowning the Old Hag,” “Ten Seconds in Los Angeles,” and “The Waiting Makes Me Curious” are not meant to rock your socks off. The guitars have lost most heaviness, focusing instead in creating falling sounds, ethereal shades, and effects that bring to mind sci-fi movie soundtracks. But not all traces of rage have been lost. “Lycanthropy” straddles two lines gracefully: The old one and the new one, and the combination entertains. More importantly, the adventure that The Always Open Mouth unveils tells of a band with great range.
(www.equalvision.com) 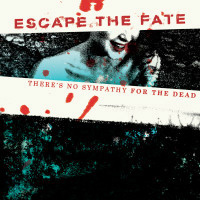 Escape the Fate – There’s No Sympathy for the Dead – Review 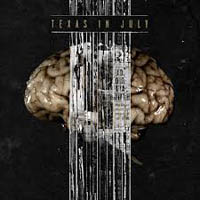 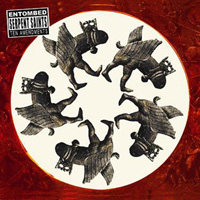