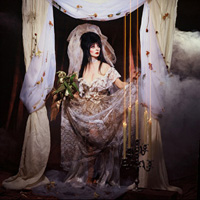 An Interview with Elvira: AKA Cassandra Peterson
By Alicyn Leigh
(as previously printed in the Long Island Press)

Don’t let that raven-haired sex-pot with the Valley Girl impression and spooky aesthetic fool ya! Goth girls are way smarter than that, especially, Elvira, Mistress of the Dark. For those darklings who relish horror movies and buxom ghouls with campy humor, Elvira, our hostess with the mostest, is back. She talks about her latest accomplishments and moments in the life portraying the Elvira character.

Elvira’s success has steadily climbed since she landed the role of television horror movie hostess for Movie Macabre, which later became syndicated. Through mass marketing of her four hundred licensed products and mega-appearances, Elvira is know as one of the greatest pop culture icons of all time. Elvira and Cassandra Peterson have appeared in over five hundred TV shows and movies (first film: Diamonds Are Forever, 1974), has starred in her own film (Elvira’s Haunted Hills, 2001), released CDs, books and comic books, and is the first woman to label her own beer (Elvira’s Midnight Brew), and more.

When was the Elvira character born?
In the late ’70s, I was part of the improvisational group called The Groundlings, which also produced the great comedians Pee Wee Herman (Paul Rubens) and the late Phil Hartman (also Jon Lovitz). While we were performing together in 1981, I was asked to introduce horror movies for a TV show called Movie Macabre (later called Elvira’s Movie Macabre). I created the “Elvira” character for the show, knowing that nobody would know it’s me, and then developed the character over the years.

Where did the design for the famous black low-cut dress you wear come from?
The dress was made during the time of the creation of Elvira by a best friend of mine, Robert Redding, who was a make-up artist and costume designer. He passed away and is really missed.

Which movies will be included in your latest DVD release of Elvira’s Movie Macabre; your famed TV show where Elvira introduces the best of the worst horror movies?
There will be three double feature DVD sets for sale: Blue Shunshine/Monstroid, Gamera, Super Monster/They Came From Beyond Space and Maneater of Hydra/The House That Screamed. Those are some of my favorites. The DVDs include my original wrap-around segments and are available just in time for Halloween movie fun.

Which cameo appearance in a motion picture film is your favorite?
That would definitely be my part as the Amazon Biker Chic in the notorious film, Pee Wee’s Big Adventure, where I was involved in the wild bar scene.

What was the premise for your new reality TV show, The Search for the Next Elvira, which debuts as a new original series on the Fox Reality Channel (cable network) on Saturday, October 13th?
I was inspired by Santa Claus to create the show. Since he has his elves, I thought I would pick a handmaiden to do my evil-bidding (laughs). The response was great. I had over two thousand applicants to choose from. My show will have four episodes and during the last episode, broadcast live on Halloween, I’ll let the audience make the choice for me. The winner will win a one year contract to make appearances around the country at stores, malls, and other locations for Elvira, as her handmaiden.

You have been so successful at merchandising your paraphernalia. What else can Elvira fans get their hot-Halloween hands on?
I just released a great line of T-shirts with Hot Topic. They’re available in the Hot Topic stores and their website right now. If you go to the homepage of the Hot Topic website, click on Halloween, you get my disturbing personal greeting.

Are you an animal lover?
Yes, I am an animal activist and love all animals and pets.

Many men have told me that Elvira was their first crush. What do they say to you?
I cannot tell you how many men in their 20s, 30s, and 40s come up to me during my appearances to tell me that I got them through puberty. I always congratulate them.

Is it true that the Elvira Halloween costume is the best selling female costume in the world every year?
Yes, and in fact, I work all year long. People always wonder what I do during the year, and twenty-six years later, I’m still going strong! My website shows almost everything that I’ve been up to.
(www.elvira.com, www.shoutfactory.com) 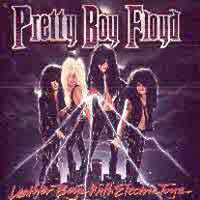 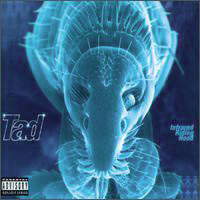 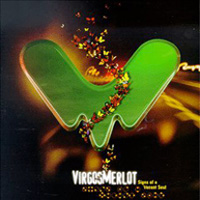