The Collectors Guide To Heavy Metal Vol. 3: The 90s

The number one reason I love getting Popoff’s books to review is I don’t have to go out and buy’m. Cuz I do buy’m. So that’s the best review ever: Money well spent. Now why do I buy these things? Because there’s no way a guy like me could ever find out more about the general metal family from someone he trusts more than getting these Guides. Cuz I’m not deep metal, I’m wide metal. I wanna know what’s going on in the metal world and about stuff intersecting what I do scam on. Herein, you get about 3100 reviews, the stuff you expect in the metal genre/gene-splice spiced with heavy aggressive music tangential to metal. You get your punk, your hard rock, your industrial, your stoner rock AS LONG as it has the requisite amount of heft/stroke. So the “S” section contains St. Vitus, Saigon Kick, Sanctuary, Samael, Skrew, Skyclad, Slipknot, Slo Burn, Smashing Pumpkins, S.O.D., Sodom, Sweet, Sugar, Supersuckers, Suffocation, Sadist, Soundgarden, motherfucking Slayer, and a jillion more. Plus, he’s funny, often in a droll kinda way.

As far as why I trust him, well, he references a buncha stuff outside the metal world, but within the metal reality. So he lives in the real world, not hiding under iron sheets. To wit: From a Korn review of the Issues record: “Korn still sounds like Korn, but a deconstructed version of it, like they hired Syd Barrett into the band straight out of his mother’s house and onto the band’s whirling surreal soundscape.” Now WTF? Well, “the fuck,” my friends, is Martin has referenced Syd Barrett – the early Pink Floyd leader who went nuts after Floyd’s early psychedelic stuff and lived with his mum after that. He did so not to say Korn was anything like Pink Floyd, but to say within what Korn does, a fractured warp occurred akin to what this guy did in Pink Floyd.

You oughta bug your local library to get a couple copies of this. It’s as good a reference as you can carry to the toilet (ok, maybe yer wireless laptop works for you during poop time, you win, geek), and the book has a CD culled from the Metal Blade archives. One of his day jobs is Editor in Chief of Brave Word & Bloody Knuckles, and that’s “holy cow! That’s metal!” kinda stuff.
(www.cgpublishing.com) 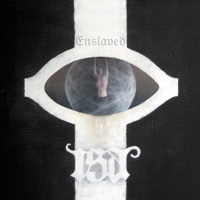 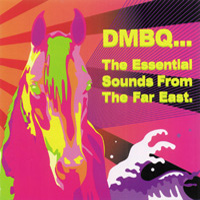 DMBQ – The Essential Sounds From the Far East – Review 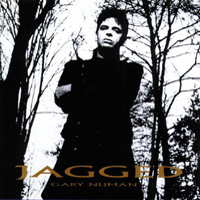