Diary of a Punk: Life and Death in The Pagans

Long ago, there was a punk compilation titled Keats rides a Harley. It was a decade before it occurred to me what it meant: The romantic juvenile delinquent/outsider with a veneer of dirt, leather, bad teeth and worse manners hiding a poetic ability shot through artistic desire. It’s kinda hokey, but fits well enough here. This guy came from the uneasy working class where holding on was success. To think you didn’t have to hope for the factory floor, or rejected it was crazy talk. Well, Mike Hudson talked crazy and backed it up, and boy did he pay for it. This is what he remembered; pithy comments about it, and a few things he thought about the time he put into the Pagans and the newspapers he wrote for.

Pagans? Yes, The Pagans. One of the first “punk” units going, ergo a continuation of rock and roll mystique jacked through their ’70s reality, no “laid back” here. They started from the guts of Mr. Hudson’s high school band, the fabulously named Mad Staggers who began in the year of our lord 1974. Fueled by Detroit kickass and focused by a New York Dolls gig in Cleveland (Ohio), they rose up and went for the heart of the thing (rock vs. roll). A couple years later, the Pagans surfaced after Mike hooked a few nights in jail during various hitchhike adventures in many of our finer states; witnessing gun fighting and knife wielding (his knife) along the way. The Pagans howled great high-octane rock and roll (Neil) Cassidy car-jacking their recent past honed dagger sharp unto it’s essence. Closest peers: Dead Boys; with fellow flamethrowers in the Ramones/Saints punk juggernaut. Their influence ran/run through the Lazy Cowgirls, Supersuckers, New Bomb Turks, The Hellacopters, Electric Frankenstein, the Fistful of Rock n’ Roll series, the Feelers… Hell, the whole “Killed By Death” punk thing fracturing into kickass, garage, whiskey-rock, balls-out rock and roll punk scree.

That initial jolt made his/their mark, like, “man, that’s gonna leave a mark,” and Mike thought he’d get out nicked, but not tore up. “Out” took a long time in years and a helluva long time in experience. Read on for the rips and tears. Part of that includes many a stint as a (no-shit!) paid newspaper writer elbowing his way into print with a tenth-grade education, large brains, a good pen, fast wit, and rhino balls. Along the way, he acted like a dick/addict, never sold out his art, didn’t lose sight of his values overall, lost a wife to divorce, a brother, son, and many, many friends to the same kinda life he led. Then, at the end of the book, he says the smartest thing I’ve ever read about breaking new rock and roll ground: “I can offer no insight whatsoever into what the Pagans music meant, either to me or to the other guys. If we could have articulated that, just said it, I don’t think we would’ve had to play music in the first place.” The writing is plain spoken, sensible, and focused. No obfuscation, no ring-around-the posey; like reading Burroughs’ Junkie or Bruce Caen’s Hollywood, it’s just straight on there.
(www.niagarafallsreporter.com/tuscarora.html) 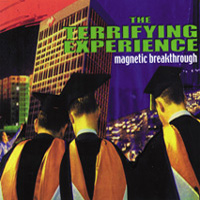 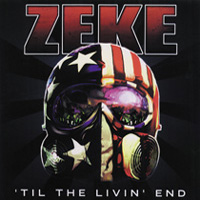 Zeke – ‘Til The Living End – Review 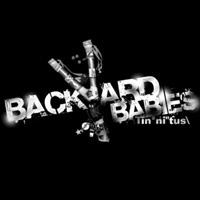