This is a tough one for me. These guys aren’t casual listening and don’t get spun in the background washing dishes or at work checking in gonkulators. I listen to’m in the car, on headphones, or laying on the floor. I never saw’m live and was barely aware of the band as they existed. I’m not happy about this. I never saw Joy Division, The Ruts, or Lynyrd Skynyrd either. And I coulda. Failure is an option, so put in a little effort and experience something. Don’t blow it like I did, kids, jump the fuck up. Gas is cheap and you’ll never have to curse the darkness if you stay up to see the dawn break. You can curse the day and rejoice in its stark light, as you should.

What Sixteen Horsepower do is hammer American roots music with a deep view into its disjointed and gruesome history. Abstracted and intensified, not a naturally seamless “Americana,” not a cultural consequence of small town/suburban reality, but one severed and run through the Wisconsin Book of the Dead*, Old Testament dread, and American Gothic. This is an art move in the most personal and best way, and it works. It works for age-old reasons: songwriting talent, the singer’s belief in his songs, and a musical approach driving home the point without capitulation to anything besides those songs. I can’t say much more or compare it to anything without fucking up. They do a straight cover of a Joy Division song, “24 hrs.”, and hit it like a doom-ridden cross between Fall and the second Violent Femmes LP. It sounds like the bio-pic of Joy Division singer Ian Curtis’ looks, and its indicative of the whole thing.

* Photographs and articles abstracted from newspapers in the upper Midwest during the 1880s depression, mainly concerning childrens’ death, insanity, starvation: General folks trying to make the best of a bad time and cracking apart. Included are photographs of children in little caskets with their eyes painted open.
(www.alternativetentacles.com) 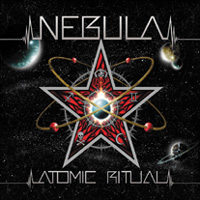 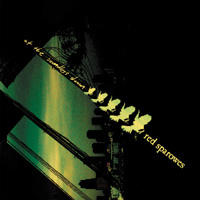 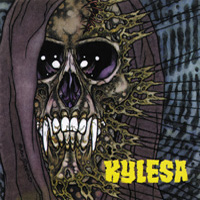