Acclaimed Band To Introduce Collection With Shows In Canada And Pacific Northwest; VH1 Storytellers Slated To Film This Spring; Codes And Keys Arrives Everywhere On May 31st.

Atlantic recording group Death Cab for Cutie has announced the release of their hugely anticipated new album. “CODES AND KEYS” will arrive in stores and at all DSPs on May 31st.

The multiple Grammy Award-nominated band will herald the album’s release with a series of eagerly awaited live shows in and around their native Pacific Northwest.  The dates begin with a pair of Canadian concerts, slated for May 24th at Edmonton, Alberta’s Shaw Conference Center and May 25th at Calgary, Alberta’s famed Stampede Corral.  DCFC will return to the US for a May 27th performance at Bend, Oregon’s Les Schwab Amphitheatre, followed by a May 28th headline appearance at the 2011 Sasquatch! Music Festival at George, Washington’s Gorge Amphitheater.  Pre-sale tickets are available now to members of the band’s official fan club, DCFC Union Local #1138 – for more information, please visit www.dcfcunion.com.

In addition, Death Cab for Cutie is scheduled to film an installment of VH1’s acclaimed series, Storytellers.  Full details and broadcast information will be announced shortly.

“CODES AND KEYS” marks the first all-new DCFC release since 2009, which saw the release of the single, “Meet Me On The Equinox” (featured on Chop Shop/Atlantic’s “THE TWILIGHT SAGA: NEW MOON – ORIGINAL MOTION PICTURE SOUNDTRACK”) as well as “THE OPEN DOOR” EP, which later earned the band their third consecutive Grammy Award nomination for “Best Alternative Album.”  That collection came hot on the heels of the RIAA gold-certified “NARROW STAIRS,” which made a stunning debut atop the Billboard 200 upon its May 2008 release.  Two Grammy nods followed the album’s release, including “Best Alternative Album” and “Best Rock Song,” for the hit single, “I Will Possess Your Heart.”

Death Cab for Cutie made their Atlantic Records debut in 2005 with their fifth studio release, “PLANS.”  The album proved the critically celebrated band’s commercial breakthrough, earning RIAA platinum-certification as well as spawning two gold-certified singles in “Soul Meets Body” and “I Will Follow You Into The Dark.”  The latter track was honored with a Grammy nomination as “Best Pop Performance By Duo Or Group With Vocals,” with “PLANS” receiving the nod as “Best Alternative Album.”  As if that weren’t enough, in 2006 DCFC released a DVD companion volume to “PLANS” entitled “DIRECTIONS,” which itself earned a Grammy Award nomination as “Best Longform Music Video.” 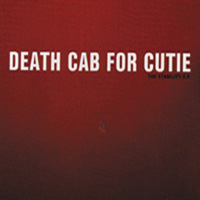 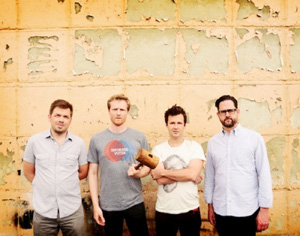 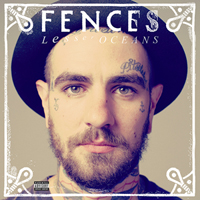