Maria Taylor’s fourth solo album, Overlook, will be released August 16. In anticipation of the album, a new track, ”In A Bad Way,” can currently be streamed and shared via www.MariaTaylorMusic.com. The single is now available via the Saddle Creek Webstore, iTunes, and at shows, and features a remix of additional album track ”Idle Mind” by LN3 and a demo, ”Orchids,” from the Lady Luck LP.

Maria has begun a five and a half week tour in support of Jason Isbell and the 400 Unit. The tour will take her throughout the US and into Canada before wrapping up June 20 at The Casbah in San Diego. Taylor will also perform at the Free Press Summer Fest in Houston, TX on June 5 and at the Gem State Jam in Boise, ID on June 11.

Guided by her indomitable inner compass, Maria Taylor moved home to Birmingham, AL, last year, back to her family and to the South, which has always greatly influenced her music. It was surprising to her then that after settling in, she was unable to write any songs for an entire year. She finally began writing again during a month-long break in touring Azure Ray’s new album, and the floodgates opened. Taylor finished writing and demo-ing the nine songs of her fourth LP over two weeks in her bedroom.

With a distinct, raw sound in mind, Taylor self-produced for the first time and called upon friend and neighbor Lester Nuby III (Verbena, Vulture Whale) to engineer Overlook. She sought to capture the sound of the South, of Alabama and its music scene, enlisting a host of local musicians to flesh out the album. The sessions ran loose and easy, with family and friends often stopping in and spending time as she recorded.

Much of Overlook is about the searching and uncertainties that come with growing up and growing older. The songs vary in sound from alluringly bold and immediate to softer contemplation. All throughout, Taylor’s voice is illuminating, drawing listeners in with its warm and resolute yet vulnerable grace. 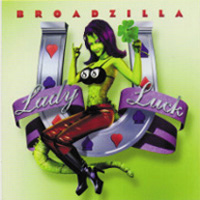