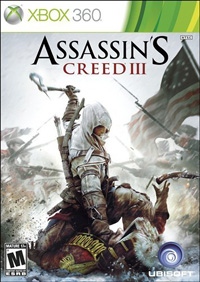 As much as the rapidly building anticipation for Assassin’s Creed III seemed to indicate a big new direction for the series, in reality, the game shares a lot of its structure with its predecessor, Assassin’s Creed: Revelations. That’s mostly a very good thing, since both games like to bombard the player with all manner of gameplay variety, from Revelations‘ first-person platforming and tower defense interludes to III‘s naval combat and deep crafting/trading systems.

The minor downside to this buffet of extra gameplay choices is that while all of them are good, they’re rarely great (naval combat is a remarkable exception), and the constant shifting between styles can at times interrupt the flow of the story. Thankfully, the core of the series – fluid traversal across detailed, lively environments – is better than ever in AC III. You play as Connor, a half-Native American, half-British assassin in the 1700s in the years leading up to the American Revolution. This means you get to not only explore the rooftops and streets of a young city of Boston, but also the vast frontier that surrounds it. Climbing up cliffs, skipping from treetop to treetop in the forest, and scurrying across lushly realized creeks rank among the most satisfying experiences available in gaming today. That you’re able to do so while the seasons change around you and a day/night cycle constantly threatens to provide a dramatic dusk or dawn backdrop to your adventuring is just another reason it’s easy to fall in love with this game world.

Complementing Connor’s story is the continuing modern-day tale of Desmond and his struggles against the Abstergo Corporation, as well as the next evolution of the series’ multiplayer component, which also reaches new heights in this entry. Beyond the further refinement of the overall hide-and-seek multiplayer conceit, there’s an intriguing Manhunt mode that rewards defensive play and an addictive, cooperative Wolfpack mode that sends a group of players out on a coordinated killing spree.

There’s so much to like in AC III that it’s hard not be overwhelmed by its many charms. This franchise seems to have a limitless amount of creativity to draw from as it continues to flesh out its grand vision, but more importantly, AC III proves that talented creators are in place to channel that creativity and realize each of these chapters to their fullest potential.
(www.ubisoft.com) 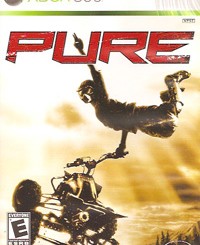