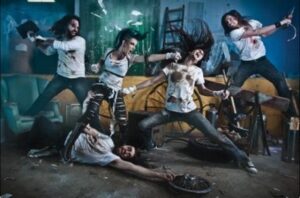 The Agonist announces tour dates with Danzig, Corrosion Of Conformity

Extreme metallers The Agonist have announced a string of dates with Danzig and Corrosion Of Conformity along the West Coast! In regards to these upcoming tour dates (and the recent cancellation of their trek with Cradle of Filth in February/March), the band comments:

“We were very honored and excited to have been included on this tour with three amazing bands that we have the utmost admiration and respect for…So when news of the cancellation came through we were not only disappointed but heartbroken about losing out on the entire experience of touring with Cradle of Filth, The Faceless and Decapitated. All the members of The Agonist have been gearing up for this tour since the fall of last year and we were really looking forward to putting on an amazing show for both old fans and new fans alike…But alas, The Agonist moves on and is proud to announce an upcoming tour with the almighty Danzig(!!!) as well as the legendary Corrosion Of Conformity in the month of April, 2013! As a way to still connect with our fans, we will be holding specials in our online merch store throughout the next month. We want to wish the best of luck to the bands that were on this tour and as for the fans, the wait will be more than worth it when we come to your town in the upcoming year!”

Check the dates below to see when The Agonist will be coming to a city near you (more dates will be added soon):

The Agonist will be touring in support of their recent release, Prisoners. If you still haven’t heard Prisoners, click here to watch the video for the album track “Panophobia.”

Read on for a few reviews of The Agonist’s Prisoners:

“If you’re a fan of The Agonist, ‘Prisoners’ will not disappoint.” — LOUDWIRE.com

“The Agonist writes some crunchy, brutal songs that will have even the most jaded metalhead fist-pumping along.” — PURE GRAIN AUDIO.com

“‘Prisoners’ is, without a doubt, The Agonist’s most mature and focused work to date.” — THE NEW REVIEW.net

Danzig – with Korn, Marilyn Manson at The Sting – Review