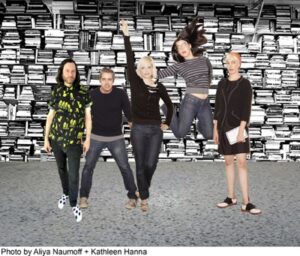 Kathleen Hanna back with The Julie Ruin

“Hanna is one of America’s greatest living rock performers.” – The New Yorker

In 1997 legendary Riot Grrrl pioneer Kathleen Hanna (Bikini Kill, Le Tigre) released a solo album under the name‚ “Julie Ruin” with the intention of forming a band to perform the songs live. In 2010, with Le Tigre on hiatus, Kathleen began to build her dream team with whom she recorded The Julie Ruin debut album.

The Julie Ruin provides a tight musical backbone to Hanna’s iconic vocal style. Album opener “Oh Come On,” mixed by Hanna, is a raw punk track that immediately bursts the record open followed by the danceable “Ha Ha Ha” hooked on fierce lyrics and flying guitar. Mixed by James Murphy (DFA, LCD Soundsystem), “Just My Kind” is a soulful bass-driven love song of epic proportions, while “Girls Like Us” showcases the group’s tougher edge and whip-smart wit. We encourage you to post & share this track!

A celebrated, outspoken figure at the forefront of feminist punk, Kathleen Hanna has collaborated on The Riot Grrrl Collection book alongside Fales senior archivist Lisa Darms, Johanna Fateman (Le Tigre), Molly Neuman (Bratmobile) and more. Soon to be released, The Punk Singer is a documentary film made by Sini Anderson and Tamra Davis that follows Kathleen for a year, during which she discovers that she has Lyme Disease, explaining her temporary absence from music.

Be sure to experience a powerful punch of dance punk as
The Julie Ruin perform Run Fast LIVE on tour this Fall! 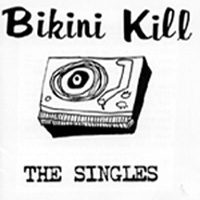 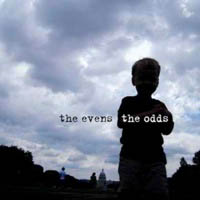 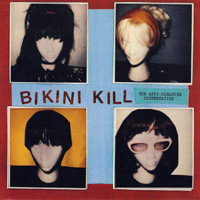