Three albums deep, first for Small Stone, first in five years or so. Nine of 11 songs are offered here, and the first two, “Lava” and “Iron Fed,” show a bright future for Deville, if they care to follow that risky path. While other tracks hint of such well-crafted modern rock (Foo Fighters are the most obvious comparison), those two tracks open Hydra, and doors. They’re carefully constructed pop rock tunes, instantly likable, polished as cleanly as major label rock. You almost fear Hinder’s video team catching wind of the band and thinking “hey, we could really ruin this.” Elsewhere on the release, there’s enough metal chug and stoner swagger to keep this a rock record, but the bright and polished production will make the shaggy wary of commercial overplay. But keep in mind, Dave Grohl only sings a few well-worn and predictable melodies over heavily-processed guitar distortion, and he’s still “one of us,” ya know? Remember Probot if you ever doubt that fact.
(www.smallstone.com) 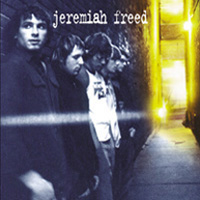 Ignite – with Earth Crisis at the Middle East Cafe – Review