Roadrunner recording group’s Trivium has announced the release of their eagerly awaited new album. “VENGEANCE FALLS” – which follows 2011’s chart-topping blockbuster, “IN WAVES” – arrives in stores and at all digital retailers on October 15th.

Produced by David Draiman (Disturbed, Device), “VENGEANCE FALLS” will be available for pre-order at www.trivium.org beginning August 20th. The first single “Strife” will be available as an instant download with all pre-orders.   For fans who can’t wait for a taste of new Trivium, the album opening “Brave This Storm” is available as a free MP3 download now at www.Trivium.fm.

“‘Vengeance Falls’ is the culmination of everything we’ve gone through; the representation of struggle endured from within and experienced from the world. Every failure and every success has led us to this moment. Vengeance Falls is this moment in time…” said Trivium vocalist and guitarist Matt Heafy.

Producer David Draiman added, “‘Vengeance Falls’ is a masterpiece of metal. It is their finest work to date, and a record so strong that it will blow the doors open to a world they deserve to dominate.”

Long hailed as one of modern metal’s most powerful live acts, Trivium will hit the road hard in support of “VENGEANCE FALLS,” kicking off with a North American co-headline tour alongside DevilDriver. The dates get underway Thursday, September 12th at Boise, Idaho’s Knitting Factory and then continue through mid-October (see attached itinerary). In the meantime, the Orlando, Florida-based band will spend the remainder of summer lighting up Europe, including upper-bill appearances at such hard rock festivals as Germany’s Wacken, Bucharest, Romania’s Rock The City 2013, Spain’s Resurrection Fest, Sweden’s Getaway Rock Festival, Czech Republic’s Brutal Assault, and Germany’s ELB-RIOT and X Rockfest.

Trivium’s sixth studio album, “VENGEANCE FALLS” marks a massive creative milestone for the acclaimed metallers (see attached tracklisting). The collection – recorded earlier this year at Draiman’s Austin, Texas home studio – sees the band pushing the envelope on their own distinctive sound, a sonic approach that saw “IN WAVES” hit #1 on Billboard’s “Hard Rock Albums” upon its 2011 release, not to mention a stunning top 15 debut on the overall Billboard 200 – their highest chart rankings to date.

Founded in 2000, Trivium catapulted into the first ranks of modern metal with 2004’s Roadrunner debut, “ASCENDANCY,” which was named “Album of the Year” by none other than Kerrang! 2006’s “THE CRUSADE” incorporated new melodic colors into the band’s sound, resulting in widespread critical applause and a top 25 Billboard 200 debut. “SHOGUN” followed two years later and received event greater acclaim and chart success, including a #1 debut on the UK’s Rock Albums Chart.

Like any great rock band worth its salt, Trivium have further won over legions of fans through frequent touring, traveling the globe nearly non-stop as headliners, special guests (alongside the likes of Iron Maiden, Slipknot and Machine Head), and top-of-the-bill favorites at such famed festivals and festival tours as Download, Rockstar Energy Drink Mayhem Festival, Soundwave, Family Values, and Ozzfest. Known for their extraordinary technical expertise and unrelenting creative power, the band were honored with Metal Hammer’s 2006 “Golden Gods Award” as “Best Live Band.”

All Tour Dates w/DevilDriver except* 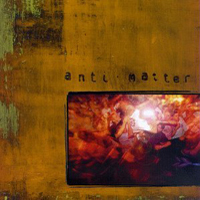