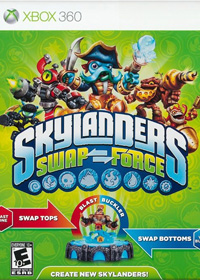 Growing up in the ’80s, my toys were only as good as my imagination. The ninja turtles or transforming robots in my hands were taking part in all sorts of adventures on the living room rug, but those adventures played out strictly in my brain. Nowadays, with games like Skylanders, kids can have both imaginary adventures with their toys and ones that come to vibrant digital life on the screen. The idea behind the series — placing figures on a “Power Portal” connected to the Xbox 360 that brings them to life and under your control in the game — was great when it debuted in 2011, and it’s been improved for Swap Force, the third installment. Now the top and bottom halves of the cute, well-crafted character figures (swashbuckling octopi, ninja elves, wizard owls) can be mixed and matched to create wacky and/or useful combinations to help you progress through the game. Swap Force delivers on all aspects of its package: The build of physical items (like the swirling colored lights and ancient symbols of the Power Portal) is impressive, and the in-game action is smooth and satisfying. It looks better this time around as well, with lush, detailed environments filled with nooks and crannies and subtle visual touches that make the characters pop out from the action. The merging of toys and video games might seem an uneasy alliance that’s bound to detract from one side or the other, but it’s a testament to the talent behind Skylanders Swap Force that it works and actually enriches the experience on both sides.
(www.activision.com) 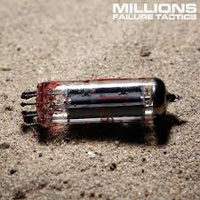 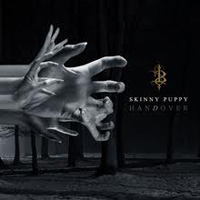 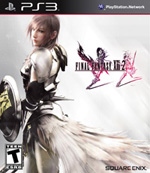