Self-described as “heavy, melodic, tongue-in-cheek, and unfashionable,” German superhero heavy metal quintet EDGUY have taken their trademarked sense of humor, packed it in a rocket, and headed for space – again.  The artwork for their eleventh studio album, Space Police: Defenders Of The Crown, has now been unveiled on the band’s website, including the first pixel of their new band photo. Seriously.

“Click on the below to have a close-up look and get an idea of what the photo will look like. We will give you more pixels in the next days, weeks, months, and years, until you can see the whole picture by Christmas 2064, as a gift to the best fans in the world. Unauthorized copying, hiring or rental of the pixel is prohibited.”

“We have focused on what makes this band unique and recorded what we believe is going to be the strongest & heaviest album this band has ever recorded,” states the band. “We didn’t waste any time with updates or distractions. There is no doubt that this album is going to be the album we’ll be measured against in the future. And it makes us proud to say that as a band that has been existing for over 22 years now, we are fully aware that the best is yet to come.”

Set for release this spring, Space Police: Defenders Of The Crown is the follow-up to 2011’s Age Of The Joker. 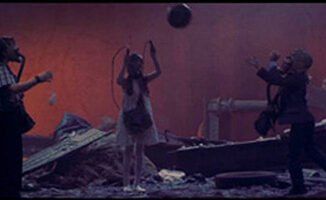 Check out the video for Kreator’s “Phantom Antichrist” – News 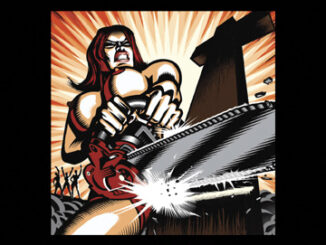