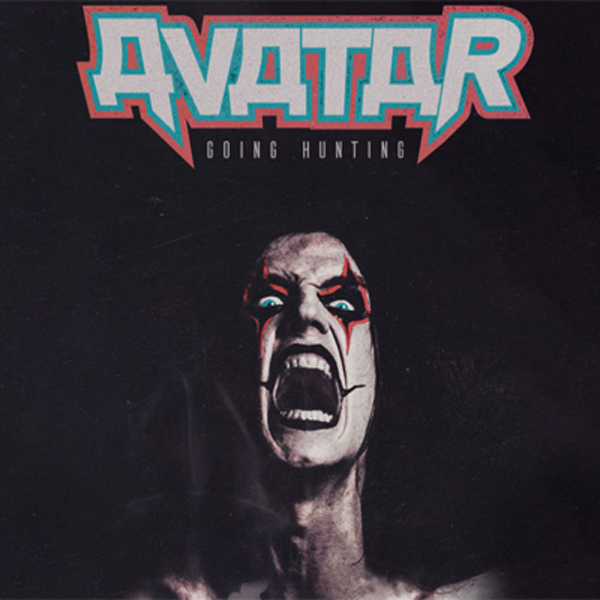 The heavy metal ‘n’ roll dark madcap visionaries collectively known as Avatar are ambitious, Swedish rock sorcerers of the highest order. They smash the boundaries between band, theater troupe, and cinematic masterminds with a series of celebrated albums and videos, and the immersive world of Avatar Country, a fantastical land where metal rules supreme.

In keeping with their customary larger-than-life-ness, the band is back with not one but TWO brand new songs.

The black and white, animated visual for “Going Hunting” features a giant insect as its protagonist, faceless men in suits, the band performing, and much more in its storyline. It’s a glorious and cinematic visual, which is expected from the band.

The band has also announced its signing with a new label. They are now part of the Thirty Tigers roster and have launched their own Black Waltz Records imprint.

“Since the early ’60s, Swedish children have grown up reading Lee Falk’s The Phantom,” the band says. “According to legend, The Phantom has the strength of 10 tigers. Thus, Avatar now has the strength of three Phantoms and are therefore finally unstoppable. Thirty Tigers are innovators and we are very excited to have signed with them. It’s good to work with such forward-thinking people who truly understand what it means to be an artist in this millennium.”

Avatar continue, “This calls for a celebration, so to commemorate this occasion, and the tour we’re just about to embark on, we’ve chosen to tear up some eardrums with ‘Going Hunting’ and ‘Barren Cloth Mother.’ Both songs tell about inner and outer darkness in their own ways. We keep sailing over dark oceans, staring down into the abyss. These songs, as great as they are, are just a taste of what’s yet to come.”

Avatar will return to the road in the US this September, as one of the first European metal bands to return to the United States tour circuit after the COVID-19 lockdown, with Magic Sword and Tallah in tow. The Going Hunting tour continues in Europe in January 2022 in the UK and wraps in Sweden in March. The band will make a few main stage festival appearances this year and next — Hellfest, Aftershock, Louder Than Life and Blue Ridge Rockfest to name a few.

All dates are below. Tickets are available here. 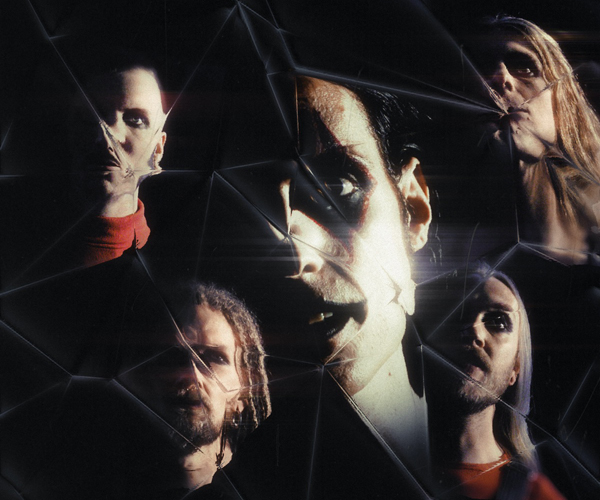 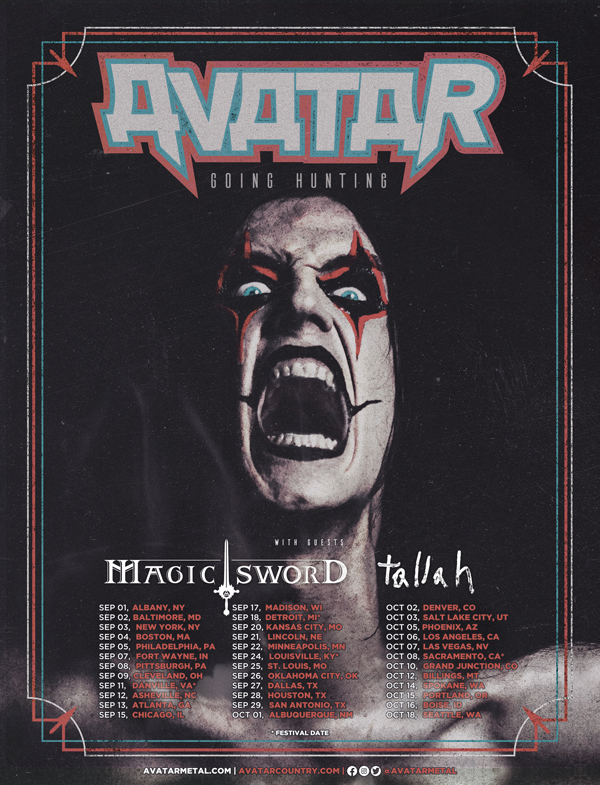 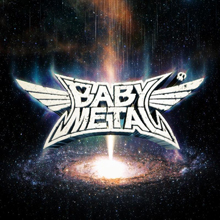 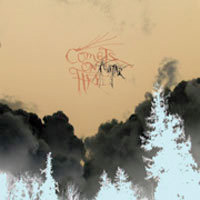