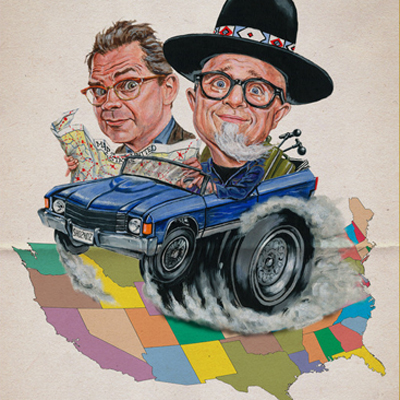 Joy Ride, the documentary concert film featuring Bobcat Goldthwait and Dana Gould, makes its World Premiere at Moontower Comedy Festival in Austin, TX on September 25 and will be available in theaters and on demand on October 29 via Gravitas Ventures. Directed by Goldthwait, the film is both a concert film and documentary about their joint comedy tour and their decades long, sometimes fraught, relationship. 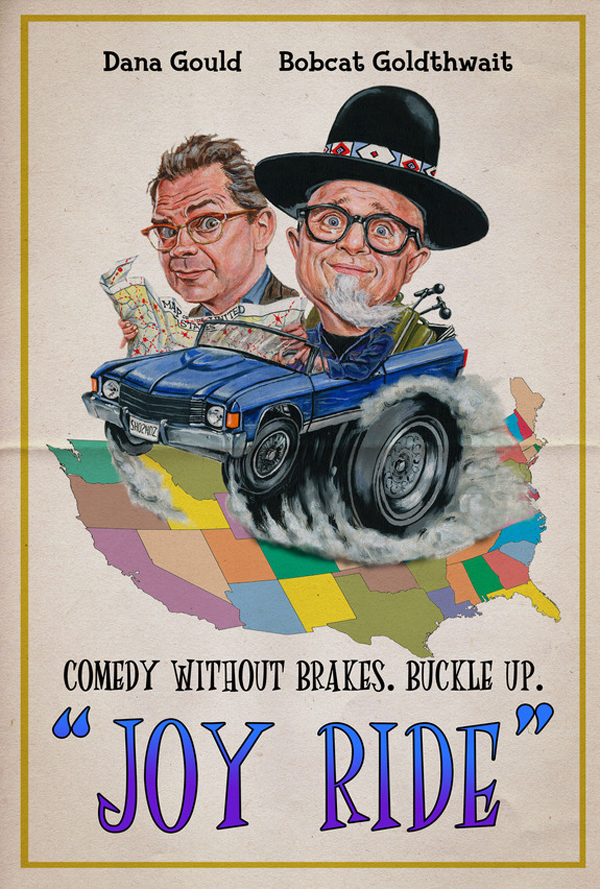 Filmed during their co-headlining comedy tour, Joy Ride follows frenemies and veteran comedians Bobcat Goldthwait (Scrooged, Call Me Lucky) and Dana Gould (The Simpsons, Stan Against Evil) who, having learned very little from their near-fatal car accident, get back on the road together and journey throughout the American South. The documentary captures the duo onstage and off as they carefully navigate highways and their decades-old contentious friendship, reflecting upon their careers and relationship with comedy.
Prior to the October 29th release of Joy Ride, the film will make its World Premiere on Saturday, September 25th in Austin, TX, with a screening at Moontower Comedy Festival. Bobcat and Dana will be in attendance to introduce the film and also do a post-screening Q&A with the audience. Event info & tickets: https://www.austintheatre.org/moontower-comedy/shows/joy-ride/ 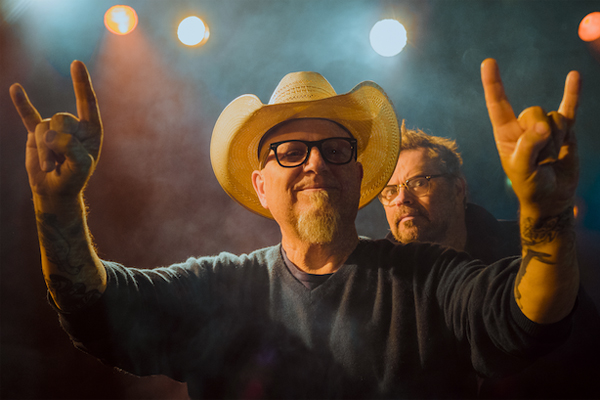 Bobcat Goldthwait
Legendary comedian Bobcat Goldthwait is no stranger to show business. Since his first appearance at the age of 20 on the David Letterman Show in 1983, Bobcat has gone on to maintain a thriving career as a writer, director, actor, voice actor, and stand-up comedian. As a comedian, Bobcat has starred in multiple HBO and Showtime specials and has toured as an opening act for the rock band Nirvana. Well known for his roles in Scrooged with Bill Murray and as “Zed” in the Police Academy franchise, Goldthwait has gone on to become a well respected director and Sundance alumni. He has directed TV (Jimmy Kimmel, Chappell’s Show, Community), feature films (World’s Greatest Dad starring Robin Williams, Willow Creek starring Bigfoot, God Bless America), and documentaries (Call Me Lucky, Joy Ride). Bobcat has also directed numerous standup comedy specials (Patton Oswalt, Marc Maron, Ron Funches, Iliza Shleshinger, Mo Willems) and is currently working on converting his critically-acclaimed documentary, Call Me Lucky, into a narrative film with Judd Apatow. After fleeing Los Angeles, he now lives somewhere in the woods in Illinois with his girlfriend, Nora Muhlenfeld, and their four cats: Anderson Coopurr, Alice Coopurr, Tina Sparkle, and Robert Smith.

Dana Gould
Dana Gould began his professional comedy career at the age of 17. Between Comedy Central, HBO, and Showtime, Dana has six solo stand-up comedy specials to his credit. He has appeared on The Late Show With David Letterman, Jimmy Kimmel Live, Conan, and Maron.  As an actor, Dana has had memorable turns on Seinfeld, Parks and Recreation, is one of the few actors to play his live-action self on Family Guy and The Simpsons. He was a cast member of Frank Darabont’s 1940’s crime drama, Mob City, in addition to numerous roles in films such as 2016’s cult horror anthology Southbound. Most recently, he’s been featured on horror anthology Creepshow and the television show, Black Monday.
Dana was a writer/performer on the original Ben Stiller Show and maintains an equally active career as a writer. After creating the pilot World On A String (with Jay Kogen), he co-created MTV’s late, lamented Super Adventure Team with his old Ben Stiller office-mate Rob Cohen. Dana then joined the staff of The Simpsons, where he was a Co-Executive Producer and performed several voices for the show.  He was also a producer on NBC’s Parks and Recreation.
Dana is the creator and executive producer of the IFC horror-comedy Stan Against Evil starring John C. McGinley. Stan Against Evil premiered in October of 2016 to strong reviews and stronger ratings. tan Against Evil ran for three seasons on IFC and is currently on Hulu.
In addition, Dana adapted Rod Serling’s early, original, draft of the screenplay for Planet Of The Apes as a graphic novel for Boom! Comics. Dana can be found portraying Doctor Z (Doctor Zaius) in full make up by Andy Schoneberg on his own original series, Hanging WIth Doctor Z on YouTube, where he, as Doctor Z, interviews famous guests.
Despite all this, stand-up remains a focal point of Dana’s career, and he continues to perform regularly across the country. His monthly podcast, The Dana Gould Hour, frequently resides in iTunes’ top ten comedy downloads. In 2017, Dana released Mr. Funny Man on Kill Rock Stars, a predominantly indie music label. Mr. Funny Man, Dana’s first comedy album since 2015’s I Know Its Wrong, debuted on iTunes comedy chart at #1. Most recently, Dana and Bobcat Goldthwait have collaborated on the upcoming film Joy Ride. Directed by Goldthwait, the film is both a concert film and documentary about their joint tour and decades long, sometimes fraught, relationship.