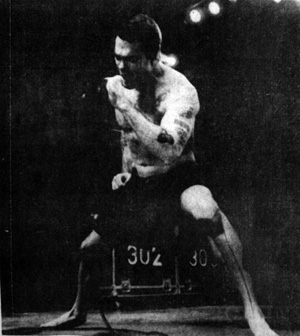 The band’s new album, Riddles Are Abound Tonight, was the focus of their performance this night. As the set proceeded, it was difficult to get away from comparisons to the newest Primus lineup. Huth is as good a match with Claypool as Larry Lalonde, providing melodic support for Les’ lead bass style. But while their drummer is solid, he limits the possibilities of the Sausage lineup. He’s no Herb.

Perhaps the most enjoyable part of watching Sausage was seeing Claypool bounce about the stage like a kid who just ate a whole box of Super Sugar Crisp. You could tell he was enjoying this reunion with his old bandmates as they blasted through such ditties as “Toys ’88” and “Girls For Single Men.”

Seeing Les Claypool in such small quarters was an honor. I mean, this guy is already a legend in music circles. He did “The Star Spangled Banner” on his bass at Woodstock ’94 and who knows what he’ll do next. The only problem with the Sausage segment was it was too short and they were given no encore time.

In between sets, I had a chance to eyeball the Wallace Center. It just plain sucks acoustically and geographically, but it sure beats all the low-roofed, unventilated Boston venues. The pit area before the stage was adequate spatially, but was extra dangerous mosh-wise with its cement floors.

And speaking of the pit, pure chaos erupted when Rollins Band came out with “Step Back.” Still charged from Woodstock, Henry Rollins went into his sweat-drenched performance, roaring out such tunes as “I’m Not That Man,” “Disconnect,” and “Divine.” Barefoot and spewing liquid from pores and mouth, King Henry led his super tight band and the pit through a monster set. With the ferocity of an abused pit bull, he bellowed forth his embittered poetry to the writhing mass of sweat-soaked youth. Make no mistake – while Rollins has been accused of mellowing with his newly achieved, hard-earned fame, his backup band is one of the best. They’re able to turn musical corners like a Ferrari F40, and piloted by Rollins, they perform.

Fueled by his bottomless well of anger, they were the powerload of the three bands. Proof came during “Liar.” Few pits I’ve witnessed matched the sheer thrash-and-flail kinetic energy going on before the stage. It was like watching a cartoon.
Again, the only disappointment came from the shortness of the set and the lack of an encore.

By the time Helmet took the stage, the crowd was ready to go for it. Unfortunately, Helmet wasn’t.

The highlight of the entire set was “Ironhead” from Meantime. They ripped into the song like an out-of control bullet train. After that, nothin’. While they managed to bring their bristling, raw power to the stage, they just weren’t as smooth and seamless as Rollins or as innovative as Sausage. Helmet, while still one of my favorite newer bands, just didn’t belong in this lineup. Betty is a great progression for the dirge-masters, a solid album, but these kids came to get sweaty and bloody. Placing too much emphasis on their new disc made them appear weak when compared to Rollins’ energy. And Helmet is by no means a low power band. This fact wasn’t lost on the crowd, however. They chanted in unison for the band to come back and close up the show with the inevitable “Unsung.” No one went home unhappy. 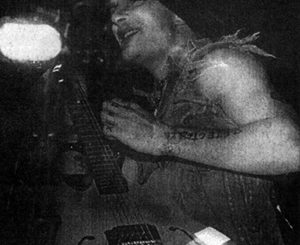 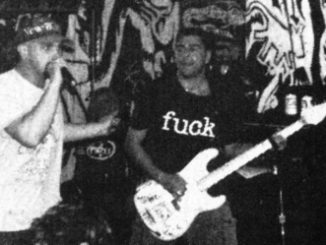 Stickmen – at the Rat – Review