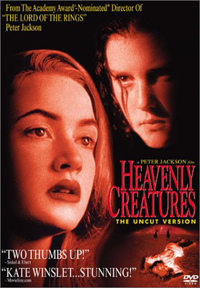 I was floored, utterly floored, by this movie. It’s the true story of two girls, Pauline and Juliet, who murder Pauline’s mother in the early 1950s and rock their calm country of New Zealand. Pauline’s friendship/romance with Juliet begins in an all-girl school. Worldly Juliet draws out the imagination and passion from shy Pauline and together they invent a universe of celebrity saints and Gothic heroes. When it appears that the girls will be permanently separated, Pauline begins to darkly suspect her nagging, but warm-hearted, mother of being the barrier between her and Utopia. The act of murder that follows seems both inevitable and shocking.

This movie dares the audience to have sympathy for Pauline and Juliet in a political climate where “tough on crime” means locking up kids and plugging up our ears. The execution of the movie itself is flawless. Writer/director Peter Jackson mixes the girls’ fantasies of claymation color and black and cream with stark earthtone realities. Actresses Melanie Lynskey and Kate Winslet, who play Pauline and Juliet, both seem to have never faked an emotion in their lives. Unfortunately, this being an indie movie, you’re going to have a tough time finding it. 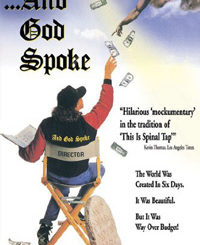