with Notary Public at The Middle East Cafe
by Scott Hefflon

Notary Public plays a lot louder and more animately than the Goth hype and CD would have you expect. This is a very live-oriented band. The expressive frontsman really conveys what he’s singing, much more so than on their release. Go see ’em live.

Moodcrush plays harmonized rock ‘n’ fucking roll. Loud as shit, too. With the exception of a unpredictable mix, the band cranked out solid, timeless sneer rock. The singer’s got a wild range. You don’t hear that too much these days; singers that have amazing ranges and can work it into a song without it sounding like show-off rock. Oh, but we have solos galore and powerchords strung together with charming hair tosses (as opposed to hair tossers, though the line is frequently blurred). After the death of the Great American Rock Band, it’s refreshing to see bands can still play balls-out rock ‘n’ roll without seeming like they just didn’t notice they’re nostalgic relics of someone else’s past. This ain’t retro rock or time-warped gutterboy glam, this is contemporary rock. I didn’t ever realize there was such a thing until I saw it here. We lost the Do-Mes in mini-skirts (well, most of ’em) and the silly hair boyz that pump gas by day and transform into arrogant Rock Gods at night (well, most of ’em), so the guitar wizardry and Kingdom Come vocals are merely props for a timeless rock band. Rich harmonies and loud, chunky guitars rock as hard as they ever did. 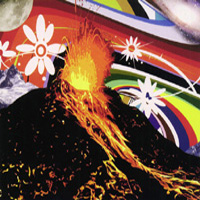 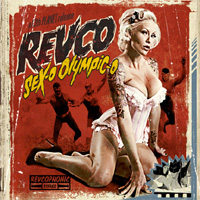