With Mark McKinney a performer on SNL (if you don’t blink), Dave Foley on NewsRadio, Bruce McCulloch a short-film maker and recording “star,” and Scott Thompson soon to join the cast of The Larry Sanders Show; four out of five Kids in the Hall can be accounted for in various mass media. That leaves only Kevin McDonald, who has yet to resurface anywhere but the comedy boneyard that is the Conan O’Brien show. I suggest that he take his Marcia Clark: A One-Woman Show on the road to various dinner theaters and minimum-security prisons, or barring that, sell some of his dresses and other personal effects on the Home Shopping Network. Just a suggestion…

The Warner Brothers Network has announced an open audition for people to whoop, whistle, snort and pant for the laugh tracks of their upcoming sitcoms, none of which have been produced or even conceived yet, but which will definitely feature several dozen scantily-clad females bending over to pick up pencils in front of slobbish, superego-impaired gas station attendants. Who says television and art don’t mix?… and finally, for the impatient amongst us, here are the resolutions to most of the season-ending cliffhangers we’ve been holding our breaths over: Billy will survive the explosion but will never be able to part his hair again, the dolphin from Sea Quest will win the paternity suit brought against him by the female tiger shark, and Oswald acted alone. Exhale. 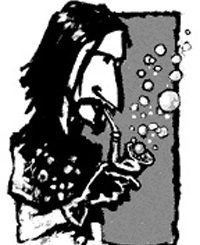 Sarre-Chasm – Waiting for the Bubble to Burst – Column 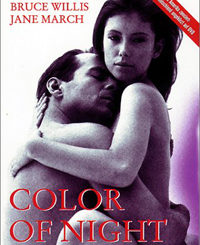