So, let’s see… Bar-B-Q, big open field, free beer, free food, live music, free beer glasses… hey, sounds like a blast! The PLAY hahd Records first annual party, held in Kittery, Maine, was on a sunny Saturday – cool, and breezy. It all took place in one of the PLAY hahd guys’ backyard and what a yard it was! I got the feeling this was not the first time these guys have entertained the masses. They had the place set up with all of our needs thought of and covered. The stage was huge by Boston club standards and, by the looks of it, had been there for awhile. When we arrived, there was a single guy with an acoustic guitar singing songs about beer, pussy (“just a dumb old cat”) and what-not up there. They had the keg set up in the barn, plenty of food on the grill, and the cleanest Port-O-Let we’d ever seen. The lawn was just cut (or, I should say, cut from five inches tall to three a week before and the equivalent of backyard hay was everywhere), the volleyball court was set up, and, as I said before, the beer was free. We set in to lubricating our brains. The beer? Smuttynose, a hoppy, flavorful dark amber, delicious and satisfying. Ribs and chicken cooking on the grill, smiling faces, and a stage just begging for some good music.

After shmoozing with Phil and Butch (co-partners at PLAY hahd), I discovered that Joe Bonni from the Pit Report was supposed to have attended, but he ended up going to Bread and Puppet in NH. Bread and Puppet? I’ll let you draw your own conclusions about that and not tell you what everyone said about him.

Butch and Phil started handing out beer glasses for Holy Smokes and Amanda’s Dirty Secret, both on the PLAY hahd label, and scheduled to play. The frosty glasses were a nice touch, especially since the Holy Smokes glass held twice as much beer as the Smuttynose plastic cup.

Holy Smokes took the stage first, looking for all the world like a band who just got signed and is still trying to figure out what happened. “Hey,” the guitarist said to the bassist, “You know the arrows on the set list mean a segué.” “Huh?” Without further ado, Ramones meets Green Day came pouring through the speakers. Light-hearted, fun-loving; all the songs are about girls they used to go out with who later rejected them. Except two. One had the repeated line, “Frank, put that dog down,” (?). The other was about a bully in high school who made the guitarist get down on his hands and knees in front of the whole school and say the bully had a big dick that he would love to suck. They ended with a couple of Ramones tunes, “I Wanna Live,” and “My Brain is Hanging Upside Down,” both faithfully executed. Their 7″ will be released later this year.

This band was fresh out of the garage and onto the stage. The guitarist/lead singer kept us amused between tunes by explaining the event that inspired the next one. Really enjoyed the last few when the bass player took the lead and belted out the Ramones tunes. He sang ’em well.

A few beers later (did I mention how good this beer was?), Amanda’s Dirty Secret took the stage. And I got myself a frosty Amanda’s Dirty Secret pint glass which was promptly filled up, thank you very much! While watching their shirtless bass player slowly fry in the sun, we listened to something we couldn’t exactly identify. It was like powerpop, but it was harder than that live. Pop punk? Nah, I don’t like those connotations. Ultra-power pop? Power-power pop? Sort-of-like-punk-but-with-elements-of-power-pop-and-better-songwriting-kind-of-rock? My vote’s for psuedo-punk a la female screech/shouted lyrics with pop chord progressions. Ah well. At times, Amanda’s Dirty Secret sounded like Hole, at times like some DC post-punk band, and by this time, I was getting pretty drunk.

Heavens to Murgatroid did play power pop – and did it in such a way that I was immediately bored. “Like 8 1/2 x 11 paper,” quipped my loving companion, “plain, blank and ordinary.” At this point, I was really hungry, so I got myself fresh corn, grilled chicken, and more beer. I don’t have anything to add about the band, but I appointed myself chauffeur and stopped drinking the yummy free beer.

It was time for Scissorfight, the only band to appear that wasn’t on PLAY hahd. These guys were heavy. Intense, screaming, post-punk anger, low and churning, and a singer who looked like he would be more comfortable on a tractor than a stage. He was brutal, pacing the stage and growling before rearing back and screaming his rage. The bottom-heavy, hard-as-granite guitar and bass lines ripped through the crowd like bolts of slow lightning, destroying in unison, stomping and crushing the very air itself. This was truly a good band. Too bad they aren’t on PLAY hahd. Ditto. Definitely dark and deadly.

Alas, they ran out of beer before The Hellions took to the stage. We had been sitting and standing in the sun for about five hours, drunk off good beer and stuffed full of good food. We’d had enough. As we shuffled away, we smiled to ourselves at the thought that this may be an annual event. Comfortable, well-planned outdoor concerts like this are few and far between. If there is a Back yahd II, count us in! (Next time Lex drives.) PLAY hahd deserve your support. 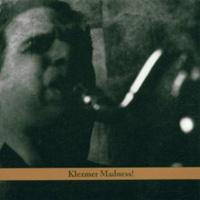 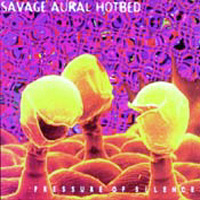