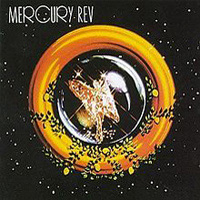 See You On The Other Side (Work/Sony)
by Jeb Taylor

I was listening to this album with a friend, and we were trying to figure out how to describe it. Some adjectives were trippy, eclectic, ethereal, eerie, and damned good. Mercury Rev employs a wide variety of instruments and effects to create a strangely beautiful and original sound on the album, See You On the Other Side.

Incidentally, I have no idea what the band meant by the title, but I bet that “See You On the Other Side” probably refers to the the other side of the known universe. It’s not that this music is from a world different from our own, but from the space between. The first tune clocks in at just over seven minutes – a building, musical journey balancing chaotic sound effects with Spanish trumpets and heavenly flutes.

Balance and yin-yang stuff seems to be the philosophy of the band. Screeches, whines, and glockenspiels are balanced with smooth acoustic guitars, mellow saxophones, and soulful vocals. During “Sudden Ray of Hope,” the listener is almost lulled by a mellow, pretty groove before a loud, rude chorus injects jolts of energy and excitement through the speakers. One of the funkier, funnier tunes is “Close Encounters of the 3rd Grade.” Once again we are cruising in outer space and having a blast the whole way. A bass-led soul groove is countered by that weird instrument used in so many black and white science-fiction and horror movies. Sounds odd; it’s good.

See You On the Other Side is an album that should be listened to from start to finish, preferably in a somewhat altered state of consciousness (artificially induced or otherwise). Through colorful textures and bizarre instrumentation, Mercury Rev creates a space for itself that incorporates a lot, but leaves room for us all. 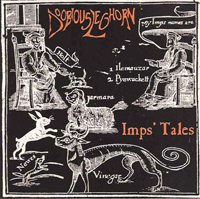 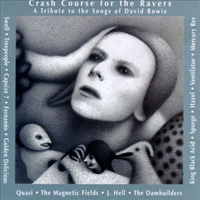 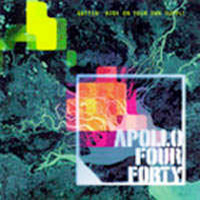 Apollo Four Forty – Gettin’ High on Your Own Supply – Review