You Know What They Call Overexposure in Paris?: Once again, it looks as if I am in the unenviable position of speaking the unspeakable. Don’t get me wrong, I’m as guilty as anyone else of invoking this man’s name with the fervor of a mad Muslim wearing out his prayer rug to the strains of one too many Cat Stevens albums, and not so long ago, I would have been the first to carry out the fatwa on anyone who dared whisper word one against the eminence of the lantern-jawed Lord of Movie Geekdom, but someone has to say it… Don’t you think that Quentin Tarantino might be just a mite too ubiquitous lately? Yes, dammit, I said it, and I’m glad. You hear me? Sure, the guy’s brilliant and all, and yeah, I too saw Pulp Fiction 38 times and bought the soundtrack and the trade paperback of the screenplay and the commemorative glasses which depict some of the funniest atrocities in his canaon and turn blood-red when you fill them with your favorite beverage, but goddamn, the guy’s starting to annoy me. It’s not just his foolish appearances on doomed sitcoms, or his cameos in big-screen gunfests that should put him on the MPAA’s 10 most-wanted list for Aggravated Mugging, or even his manic award-show appearances (there’s still more to come). Century City scuttlebutt has it that Q.T.’s on the verge of inking a deal with one or more of the major netwebs for a weekly series called Oh, Those Dogs!, to feature a different botched heist every week, lots of hard-boiled (but sanitized) dialogue, and Mr. Puce (David Cassidy) slicing off a surprise extremity every week to the sound of the Captain and Tennille or someone like that. And don’t get me going on his projected rewrite of Othello for Masterpiece Theatre (“Hast thou seen a sign upon my door which sayeth ‘Dead Blackamoor Storage’?”). Look, Quent, I love ya, but ease up on the media blitzkrieg and concentrate on your next flick before you end up sharing a room with David Lynch in the pop-culture death camp, expired flavor-of-the-month wing. Glad to be of service. 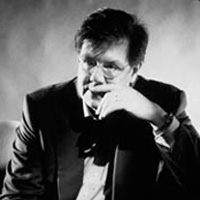 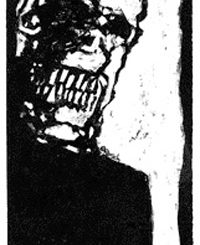 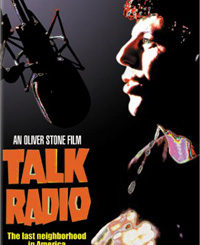