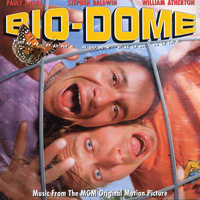 This CD is a mix of old and new. The ’80s tunes: Time Zone‘s “World Destruction,” Men Without Hats‘ “Safety Dance,” Bow Wow Wow‘s “I Want Candy,” Fourth Grade Nothing‘s cover of “Kids in America,” and Wax‘s cover of “Do You Wanna Dance?” The new songs are made up of some Priority Records’ recording artists. Included are Wax with “Your Intelligence,” Magnapop with “Come On Inside,” The Rugburns provide “Suburbia,” Dance Hall Crashers play “Don’t Want To Behave,” and their latest band, X-Members perform “End of the World.”

The musical theme blasted me back to the carefree days of high school in the ’80s when my biggest concern was what to wear. It made me remember that before college, career, and educational debts there was free public schooling, living at home, mall shopping, and my parents footed the bill. The music is, for the most part, upbeat and makes you want to move. It will surely complement the antics and one-liners of Pauly Shore, a card-carrying member of the over-aged, receding-hairlined men’s group trying to make a living acting like an annoying imbecilic teenager. In the movie, Shore teams up with Stephen Baldwin and chronicles what happens when the two of them end up sealed in the experimental “Bio-Dome.” Bio-dome opens nationwide on January 12. 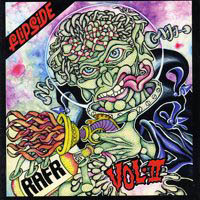 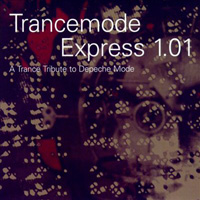