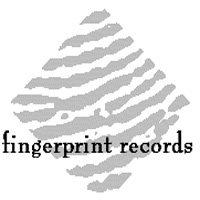 An interview with co-founder Dan Russell
by Chris Adams

You hear about it every day in the music business: Groups bitching about how they were screwed by their label, how their contract sucked, how their record got worked out of their hands until they didn’t recognize themselves in the finished product. Fingerprint Records was formed in 1987 to offer an alternative to this kind of mess. They’re an independent record, production, and management company with their own studio in L.A. and A&R/management offices in Massachusetts. Fingerprint has worked with such world-renowned acts as U2, Sam Phillips, and the Call. Recently, the label released impressive albums by four local artists: Bob, Hezze, Iain, and Ramona Silver. On January 12, I spoke with Fingerprint’s co-founder Dan Russell and gained a little insight into his refreshing perspective towards music and the big ugly business that surrounds it.

Why don’t we just start with you explaining a little bit about your label?
Fingerprint Records was born out of a desire to supersede what seems inevitable in the process of making records and supporting groups – the soul gets bled out of things because of the business when the business begins to drive the soul, instead of the inspiration. In 1986, the late Mark Heard, myself, and another friend, Chuck Long started a production management company; we had a 24-track studio in Los Angeles. I stayed based out here, and flew back and forth. We worked with our own recordings, Mark’s music, as well as with other singer/songwriters. At Fingerprint Records, we’re looking for characters, we’re constantly trying to emphasize the artists finding out who they really are, and getting them to identify the things that are maybe attacking their true self – to get that on the table and encourage them to affirm who they really are. That’s what attracts us to them anyway. It’s sorta like when you see something in somebody that you really like, oftentimes you’ll have to continually fight to keep that person from hiding again. And music – the process of recording, the process of performing – is so neurotic, so riddled with things that would keep you from finding out who the real artist is – it’s a constant endeavor. So the idea behind the name Fingerprint is like you and I each have one that makes us totally unique and individual – while we’re very similar, we’re both very different. We try to promote that. Not all of our artists are similar stylistically, but they are similar in that they’re characters. We “got married” to them because we love them and believe in them. 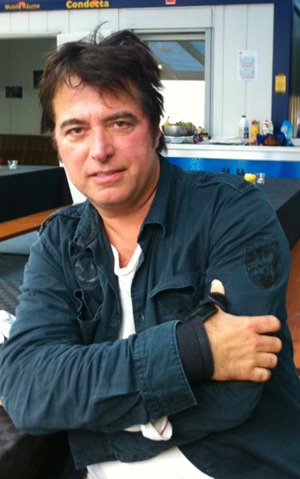 Your concentration on character and your desire to get to the heart or the soul of the artist, possibly at the risk of sales – that would seem the antithesis of what most labels generally do, i.e. bland everything out and make it a palatable consumable for the masses.
Yeah, like a quick return on your money. Well, y’know, when you become indebted, you become a slave. So it’s like, if you’re gonna be a slave, try to pick the person you’re gonna be a slave to, that you can tolerate and somehow, that person will allow you to be who you are. Try not to be in debt to anybody, but if you have to be in debt, try to keep the debt low, try to recover as quickly as possible. We don’t believe in big budgets, we believe in big hearts. We think that the recording process can really suck the heart out of the music if you’re not careful, and the tendency, once you get into the studio, is to overthink. There’s the craft side of things, but in the studio, you’ve got scientists and mathematicians and engineers adding and subtracting and positioning and sweetening, and out there on the other side of the glass you have someone who’s singing you a song. So, we try to be transparent. If it isn’t in the song, then forget it. I think that’s a lot of what music today lacks, the song. You get a lotta bands that are just attitude. The people we have on Fingerprint, they’re prolific, it’s amazing. We try to find people that can’t help it, who honestly just couldn’t do anything else. With these people, their music is what they are.

You have four Boston-based artists on your label. What is it about Boston that makes it special musically, that makes you wanna focus on some of the talent we have here?
Well, there’re a lotta open minds here. That’s both great and challenging. It’s a raw resource that needs to be respected. The transient college scene is great, it makes for fertile ground. There are a lot of thinkers and people who want to think. This city seems to conjure up a love for original music of all genres. You look at the club listings, all the different styles available – it’s just amazing. One could never get bored. I’ve worked in all different markets across the country and throughout Europe, and I’ve really, really been inspired by Boston.

What can we expect from Fingerprint Records in 1996?
We’ve got a lot of work to do. We’re having this big party at Mama Kin on March 2nd, it’s free, and we’ll be handing out samplers at the door. We have our records on sale at a few stores – Newbury Comics, Tower, etc. – for $8.99. For the next year what we’re going to be saying is just “meet these guys.” We believe in what we’re doing enough to make it as inexpensive as possible. We try to keep the bands in front of the people, high profile. We don’t want to be too incestuous, the bands always playing together. We want to mix it up, get to play with other people, and learn from other people. I’m into meeting other indie labels in Boston to see what they’re doing, find out what I can glean from them, or what they can glean from us. I don’t believe in the competition thing. I think that’s a good way to kill your soul as well. And there’s a couple of other artists that we’re working with and they may be coming out with some things too. It’s our objective to get our bands signed nationally, to find a home for them, and then guard them as they get into the “big screen.”

We do not kill music, like record companies tend to do. Business is a necessary tool, a necessary evil. Money begets money and all those clichés, but if your core isn’t there, and you don’t continually go back to it, then you may just as well be selling nuts and bolts. That’s just nuts to me – it doesn’t turn us on. For some mystical reason, we have survived for many, many years working with people we love, trying to idealistically maintain the philosophy that music is the catalyst to communicating the human story, and sharing everything about that story, and doing it in such a way that other people become free through it. We hope the music provides for the listener a key to freedom and a key to believe in themselves. It’s profound and at the same time it’s not. We hope our music allows you the opportunity to take a deeper breath, helps you laugh louder and live louder. 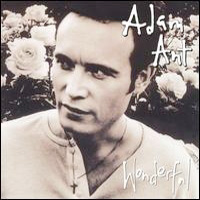 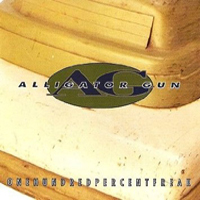