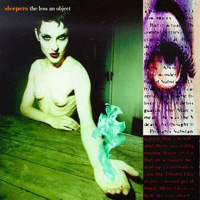 The Less an Object (Tim/Kerr)
by Lex Marburger

The late ’70s saw a lot of punk come and go that was centered around London, Detroit, and New York. It turns out that there was a powerful scene in San Francisco, most notably The Sleepers. Part MC5, part Iggy and the Stooges, part Hawkwind; The Sleepers didn’t have the three chord buzzsaw guitar of the Ramones, they were punks as defined by Lester Bangs (guru of music critics – get Psychotic Reactions and Carburetor Dung now!): A bunch of kids who would cut loose and do their own shit, regardless of what the hell people thought about them. On their compilation/re-release, The Less an Object, they show their talent for spontaneous composition, for creating new forms mid-song, mutating from one key to another, following each other, no leader. Jello Biafra used to say, “I saw whole Sleepers albums come and go, as the band got tired of songs and wrote new ones.” The Sleepers have a sound that pre-dates PiL and Joy Division, haunting and carefree with discomfort. Imagine if a Detroit punk did a lot of acid, visited an opium den and met the Buddha, who told him to “rock the fuck on,” and then handed him a gun. That’s what The Sleepers are like. 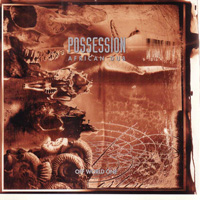 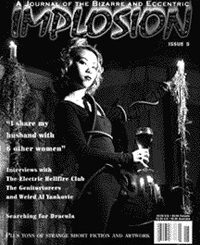