Lex and Angela were fighting over the Eurofetish (Film Threat) video, so they decided to review it together. The following was transcribed from a recording of that night by the loving staff at Lollipop. WARNING: If you are susceptible to offense or embarrassment-turned-moral-indignation, please stop reading now. Lollipop neither condemns nor condones anything. Whatever our reviewers do to themselves or each other behind closed doors is their own damn business as long as the review comes in on time and isn’t all sticky and stuff.

Angela: So, what’s on this tape anyway?

Lex: Well, there’s Mistress of the Rings, and Dominions.

Lex: Yes, I know. Subtitles – must be artsy. What do you think of her?

Angela: Gorgeous. I love the barbell in her lower lip.

Lex: Not to mention the 30 or so in her ear. Hey, it’s real art now. Double imaging, slow dissolves, the works. Oh, nipple piercing. Neat.

Angela: Nothing enhances a nice pair of breasts like a ring of steel. They stand up so proudly! Oh, I like those labial rings.

Lex: Looks like about twelve, inner and outer lips.

Angela: Don’t forget the clit hood. God, that’s so hot, her bending over, and her pussy just gleaming in silver.

Lex: It’s cool how she explains the difference between ornamental and functional piercings, how one is for looks and one is for pleasure.

Angela: But can’t it look good and feel good as well?

Lex: I think she means the intent behind the original decision.

Angela: I don’t know, it seems {sound of more wine being poured}

Lex: And now she does a lip ring.

Angela: That looks goofy, the upper and lower lips with the rings lined up like that. Real punk rock. Oh, a description of all the different piercings you can get. I didn’t know that nose rings were originally worn by women as a sign of property.

Lex: I guess if more people knew, it wouldn’t be so popular.

Lex: Is it getting hot in here?

Angela: Ah yes, the male piercings. You don’t get to see them as much. Sexist bastards. The majority of filmmakers would rather show a naked woman with bad piercing work than a man with really good Prince Albert. Nice cock!

Angela: And they top it off with the narrator sticking her finger through some guy’s nose. Classy. Now on to the good stuff, Dominions.

Lex: Maybe I should leave……

Angela: Sit down! You might learn something. This isn’t fake S/M, the stuff you read in those books of yours. This is real shit. Very real. Mmmm, beautiful. See how she’s tied up? There’s an art to that, to make it seem like sculpture, to contort the body into pleasing shapes.

Lex: I’m surprised how liberated they are. They definitely have thought things through, and know what they’re doing.

Lex: They keep talking about “limits.”

Angela: Yeah, that’s what it’s all about. Pushing yourself further than you think you could ever go. Like them, sex with restraints.

Angela: But like they’re doing it? Not laughing and giggling, but with the knowledge that your partner can do anything they want to you, and you have given them total permission, you’ve released yourself entirely into their hands?

Lex: How do you know what it’s like to be submissive?

Angela: Little boy, you’ve got to know both sides before you understand the scene, before you can really know where and how you fit in.

Angela: Not so fast! I think we’re ready for the final scene.

Lex: [pause] Oh! The movie! Right. What did she say? “The opportunity to be evil?” I don’t know about… how can he stay hard with all those clothespins on his cock?

Angela: Same way you can by watching it… You are hard, aren’t you?

Angela: And some hot wax.

Lex: It is getting hot in here.

Angela: Why don’t you spend the night? I’ve got plenty of space… and we can check out my collection of… 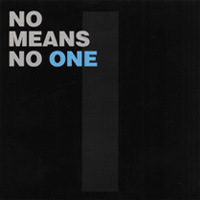 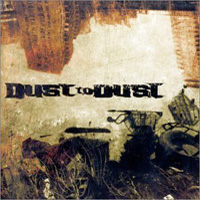 RECreate – A Fusion of Film and Electronic Music – Review