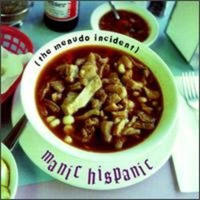 It began in a car wash… El Hoakie, Logo, Chino, Ogo, and Mad Ralphie dried cars under the supervision of El Hefe (whose Uncle Chato managed the place). While drying a rich record exec’s BMW, they decided to form a band. After playing numerous weddings and low-rider parties, they added Mo-Grease to the line-up so they could play Mo’s sister’s quincenaras. Then they added Tio, the security guard at the laundromat where they washed their mariachi outfits. Suddenly, all the kids were into punk. They burned their uniforms and changed their name to Manic Hispanic.

Not as cute as Menudo (choose your favorite pin-up boy from the back of specially marked boxes of Pop Tarts™), more convincing than Learning English, Lesson One..., Manic Hispanic makes a novel contribution to any CD collection. 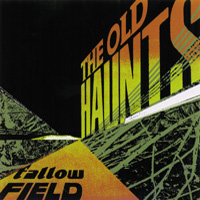 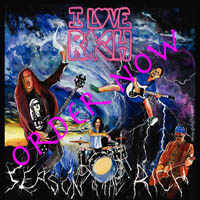 I Love Rich – Season of the Rich – Review