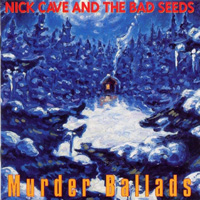 This is one haunted album. It has more fuckin’ ghosts than if Spoon River Anthology were written by Steven Hunter and directed by Sam Peckinpah.

Living up to its title, this disc’s 10 tracks all feature a myriad of people meeting harsh ends, and judging from other reviews, it seems to upset people. One particularly whiny review (in a local paper titled with a “P”) called it “a crude album, a raw album, an imperfect disc, a politically incorrect offering.” Fuck you. Go live in a rough world, live a rough life, experience murder closer than on the news, or in movies. This album is crude, raw, imperfect and politically incorrect. It’s also beautiful, but only on its terms, and only on its terms.

Continuing (what I believe is) Australia’s heart-felt fascination with American white trash culture (or I guess, vice versa) this is an album that is structurally amazing. What at first seems to be repetition shows itself to be building blocks, concept upon concept, like a healthy skeleton, the foot bone connecting to the etc, etc. Compare the untraditional traditional “Stagger Lee” (for instance, when I’ve heard the Grateful Dead version, I don’t remember these lyrics…) with the song “Henry Lee,” or “The Curse of Millhaven.” All of them enlist a kind of “La la la la” chorus, the cumulative effect being like a movie theme repeated fast, slow, energetic or morbid – all at the blood-pulse of the moment, all serving to tie up the package in an eerie self-referential composition; as if it’s not a bunch of separate songs, but truly a soundtrack. This concept is further served when you compare the “Fuck-it-all-Death Rocks” feel of “The Curse of Millhaven” with the gentle, “Death is not the end” feel of the closing track, a cover of Bob Dylan’s “Death Is Not The End” (which also features a round-robin chorus of Nick, along with P.J. Harvey, Shane McGowan, Blixa Bargeld, Kylie Minogue, Thomas Wylder, and Anita Lane!). Here we really see a transcendent change from Death (awful) to Death (the liberation…). This is Nick Cave’s true magic: when he’s capable of heartfelt emotion and sentiment, there’s no mistaking what organ is responsible. Not ever.

Not only do I recommend this for album of the year, but I’d like to suggest that writers who really want to feel a pulse, or to rise Phoenix-like from the flames, get a life. Live that life. Maybe even risk losing that life. Nick Cave will be the soundtrack for it. And maybe that helping hand you’d receive would be his, but between you and me, I kinda doubt it. 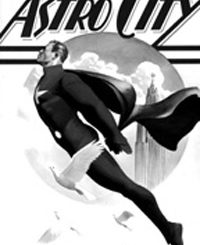 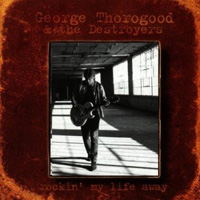 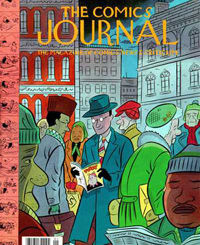