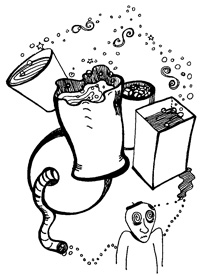 by William Ham
illustration by RAchelle

Stay tuned for more RS exposés including Kurt Cobain: Not Exactly What You’d Call Perky and Shane MacGowan Doesn’t Floss… Sashaying up the best-seller list is RuPaul’s autobio, Lettin’ It All Hang Out. Funny, I thought the whole point of RuPaul was about keeping it all tucked in… Stephen King is set to follow his massively popular Green Mile serialized novel with an even more ambitious series. Tentatively entitled The, it shall be published in one-word increments weekly over the next sixty-five years. Its $6.95-per-volume cover price promises to be the most frightening thing King’s ever done… and finally, the long-awaited sequel to the most popular book of all time is set to hit the stands. The Bible: The New and Improved Testament includes a new introduction by the author, the lesser-known story of the thirteenth apostle, Ralphie, and revised commandments for the new millennium (“Thou shalt not take the Lord’s name in vain or persist in quoting from Pulp Fiction anymore if thou knowest what is good for thou”)… ‘bye for now. Do not turn the page until told to do so. 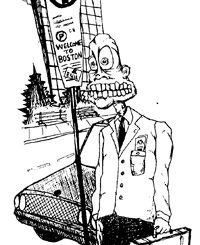 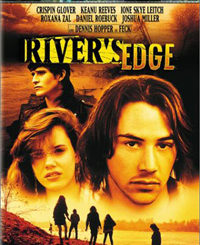