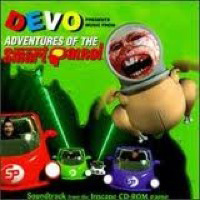 Adventures of the Smart Patrol (Discovery)
by Chris Adams

Cast yer memories back, kids, to those days of yesteryear when your idea of punk rock was “I Got You” by Split Enz, when everyone wore little round badges on their lapels, and spent hours selecting the perfect skinny tie at that cheesy store in the mall. This was a time when you actually considered buying a Wreckless Eric record (but, like everybody else, decided against it), when your adolescent fantasies involved a case of whipped cream and several of the Go-Go’s (until the Bangles came along), and when you thought wrapping a tiger-stripe handkerchief around your combat-boot-shod ankle looked rad. Even then, EVEN THEN, you thought Devo were geeks, a buncha nerds who had lousy taste in plasticene headgear and wore their turtlenecks like that dork in the Bazooka Joe comic strip while they played a particularly spazzy brand of robotic synthesized bleep-pop. They were the kinda guys who would spend hours in front of the Atari figuring out massively complex equations that would raise their Space Invaders score by ten points.

Devo themselves, however, would beg to differ – they’re not geeks, they’re self-confessed “pinheads.” And, now, if they’re gonna spend hours in front of a video game, at least it’s theirs. Adventures of the Smart Patrol is not just a “best of” compilation – that’d be way too retro for these futuristic dweebs – it’s an “audio soundtrack companion piece to an Inscape CD-Rom game” which is a “surrealistic social satire” created by Devo’s Mark Mothersbaugh and Gerald V. Casale. Thing is, boys, I don’t give a flying fuckin’ rat-tail and a stack fulla old Motels albums about some damn video game – how’s the music?

Surprise of surprises, most of it’s actually really good. And not “good” in an ironic tongue-in-cheek “what were we thinking?” culture-slumming in hip quotations kinda way – most of these songs still legitimately stand up on their own terms, 15, 20 years after they were written. What I expected to hear was tinny-sounding Casios bleating through hopelessly dated effects while grown men did bad imitations of R2D2. What I got was the racy garage-punk/surf of Adventures From the Smart Patrol – all toms, treble, and Morphine-esque atmosphere. “That’s What He Said” is so irresistably melodic it could be the Beatles if they had Alan Moulder producing. The ultra-bizarre “Mechanical Man” and unsettling “U Got Me Bugged,” recorded way the fuck back in 1974, sound like Devo were prepared to give professional weirdos, the Residents, a run for the money, while the arual collage of “The Spirit of JFK” could easily pass as a lost Cabaret Voltaire experiment. And while “34C” sounds like a cold, clinical name best suited for a pet modem (a la Bowie’s “TVC15”), it’s heartening to discover that the song is actually about cup size. (Wait a minute fellas, these dorks are just like us, they dig tits!) OK, sure, there are a few moments when all the bleeping and blooping gets a little wearisome, but they generally pass quicker than you can say “Domo Arigato Danny Elfman.” So what if they don’t crank distorted guitars through stacks of squealing Marshalls while sweating blood, grimacing, and hollering like “real men?” They are, after all, not men – they are DEVO. That’s D-E-V-O. 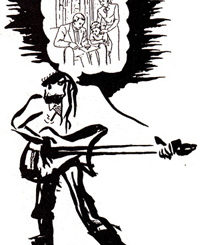 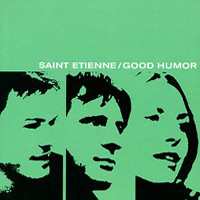 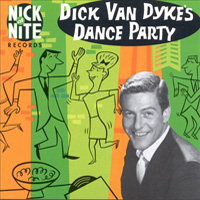