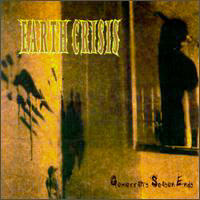 Where did you record Gomorrah’s Season Ends?
We recorded it in June, spending 30 days at Penguin Studios in Syracuse. It’s definitely the heaviest production of any of our releases so far.

Did you use a new producer to achieve the heavier sound of Gomorrah’s Season Ends?
Scott Crouse, our lead guitarist, produced our new record. We also used a real engineer this time, Steve Feldman. We asked for him because he’s done a lot of stuff for Blood Runs Black and we could definitely see he knew what he was doing.

Is this Scott’s first real stab at producing?
Yeah, he helped produce Destroy The Machines, but he co-produced it with the engineer.

Aside from production, Earth Crisis has been incorporating more and more elements of metal into the writing, yet are still very much a hardcore band.
We fuse the elements we like best from metal and hardcore, but we’re hardcore kids. That’s what our band is, that’s what we’ll always be about, that’s where we’re from. I personally listen to a 50/50 mix of aggressive hardcore bands and aggressive metal bands. Hardcore bands like Bloodlet, One King Down, Unconquered, 18 Visions, Culture, and Birthright, metal bands like Fear Factory, more recent Napalm Death, Obituary, At The Gates, and Prong. If you compare All Out War to Firestorm to Destroy The Machines to Gomorrah’s Season Ends, our music definitely gets more technical and precise with every album. That just comes from the experience of playing together for so long.

Your voice has been getting deeper and gruffer with every passing album as well.
We’re just beginning to accomplish what we’ve always wanted.

What are some of the songs you consider the best, and by what criteria do you judge your songs?
What we usually do is, after we have a lot of new material put together, I’ll look and see, more importantly than is it a catchy song, I’ll look at the lyrics and see which are the most crucial. Then we name the album, or the 7″, after that song.

My introduction to Earth Crisis was Firestorm. Specifically the words “violence against violence,” which I originally thought were “violence begets violence,” made me a fan.
That song was inspired by the situation in the North side of Syracuse. There’s a huge drug problem, and because of that, there’s a lot of crime. I could look out the window of my apartment and see three drug dealers on the corner, even in the middle of the winter with their coats on, selling caustic chemical drugs to cars that would pull up. People that lived in the nearby houses wouldn’t even park their cars there. They were afraid they’d get broken into. They’d park three blocks up and walk back to their homes. It was a very hostile environment. I think whenever you bring drugs into a neighborhood which is already impoverished, it makes a bad situation much, much worse. When people are suffering, they want to escape. Heroin, crack, crank, and cocaine seem like ways out, but they’re just bigger traps.

They also amplify the situation. Those that were desperately trying to live, are now even more desperate to live and feed a habit at any cost.
Exactly. Firestorm was also inspired by what happened in the neighborhood where my nephew is growing up. The house next door was, for a long time, a crack house. Dealers and users constantly in and out, on the pay phones out front… A friend of mine lost someone very close to him, he was beaten to death by three drug dealers in a public square in the middle of the afternoon, all because he owed them money. It leads me to the obvious conclusion that there are people out there selling drugs that care more about money than anything else, including human life. Firestorm glorifies people who militantly resist the drug plague, those who have taken their communities back through force. It’s about shooting dealers and burning down crack houses.

Aggressive music, be it hardcore, metal, industrial, seems divided into two distinct schools of thought. One being me, or me and my scene, against the rest of the world, and the second being me, or me and my closely-knit group of friends, against the rest of the world which may or may not include others in the scene.
Hardcore should be the same thing for the audience as it is for the band: a release of aggression. We want for people to be there in that same spirit, and share in that same spirit, and totally go off – kick box-style, stagedive, go berserk – that’s what we’re into. I the scene we come from in Syracuse, New York, everyone knows each other, so they know what to expect if they go into the pit. There hasn’t been a fight in almost three years. It’s a scene where there are 150 to 250 people coming out to the shows, so we’ve achieved something very special.

Aggressive music attracts aggressive people, and often two people who have a personal gripe, having nothing at all to do with the music, are in the same place at the same time at a show. They could have run into each other in a grocery store, but they’re more likely to see each other at a show. Being of the inclination to do so anyway, they duke out their personal differences, and a whole scene gets labeled as violent.
That happens, but not very often at our shows. Often times, there’s not as much scene unity as in Syracuse, and people get caught up in the soap opera aspects of a scene.

How did you hook up playing the Ozzfest?
Max and Igor from Sepultura are into us, and they asked us to play the show. We flew out to San Bernadino in the fall and played with Danzig, Biohazard, Slayer… There were a lot of people there.

There’s no conflict playing a metalfest and staying hardcore?
None at all. We deliver the same message and go off just as hard, whether there are 50 people there or 2000.

Speaking of the message, I’m led to believe it takes precedence over all else, including the music itself. Is music merely a forum used to express the message?
I’ve been into hardcore for 12 years. I discovered straight-edge at age 16 through fourth generation tapes of Minor Threat, D.Y.S., and 7 Seconds. I recognized straight-edge as a title for what I’d already been living. I never at any point experimented with illegal drugs for escapism, or smoked cigarettes, or drank alcohol, or been promiscuous. I was raised to be respectful of innocent lives, and to think of the outcomes of my actions. As I got older, things clicked together.

Earth Crisis seems to have much more band commitment than most bands, far fewer member changes.
Definitely. Mike Fabrio played on our All Out War 7″, but Dennis Merrick took over, and has been the full-time drummer ever since. Mike now plays in our other band, Path of Resistance. We had one guitarist we could see didn’t value our friendship, so we cut him loose. After that happened, he sold out.

People use that word to describe everything from bald-faced lying to something as simple as wanting to make a video. You don’t see videos as evil, do you?
No. The whole focus of the band, the whole point, has always been what it still is now: To reach people with our message. To get people to understand that the suffering that animals are being subjected to at our hands in places like vivisectionist’s laboratories, fur farms, slaughterhouses, and canned hunts doesn’t have to exist at this stage in our civilization. We have songs designed to educate people to that reality. We also have songs portraying human rights struggles, and others glorifying the benefits of living straight-edge. 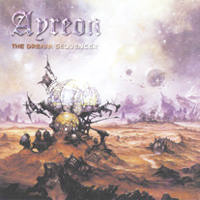 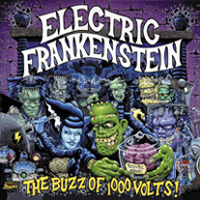 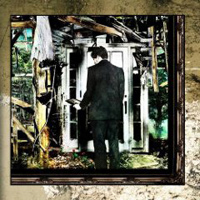