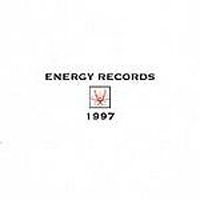 If this is what Energy is planning for ’97, I’m cool with it. Energy Records:1997 starts with one of my favorites, Hanzel und Gretyl, those outer space groove industrialists, giving us “Pleidian Agenda.” This one’s a bit more aggressive than their previous work. No, not more aggressive – there’s a deeper guitar crunch, adding a more metal feel. I trust their forthcoming album, Transmissions From Uranus has as much groove as Ausgesflippt. Heavy Water Factory electro-industrialize us with “Place of Torment” (Sigh. This “Our Song Is So Violent – Just Look At This Title!” stuff went out with Slayer). There’s a highly mixed bass drum on top of it all. I guess we should dance. For a dance track, it’s not bad, but it’s really not made for an armchair. Doesn’t matter, I’ll put it on at a party and probably collapse through to my downstairs neighbor’s apartment. Sunshine Blind grace us with “Neon (Tech-no-Prisoners Mix),” a nice crossover between Goth and techno, which has Caroline Blind’s strong voice rising above the electro beats, which support her and lift the music to a brand new level. Bile is another industrial/metal band, and “Rubber Love” is another slow, knuckle-grinding “urgh!” tune. There’s some interesting electronics here, but it just doesn’t grab me. Fueled change the mood slightly, but only slightly, with “M.O.O. (Ministry of Overpopulation)” with more guitar, and a non-distorted shout (gasp!). It leans more to metal than anything else, but the more human sound is something of a relief, and the chord progressions are actually catchy. Back to Heavy Water Factory, and “Purity of Evil” (see my previous comment about this), a slower tune, trance-like and brooding. Compared to their previous effort, this kicks its ass. The samples are crisp, the music is borderline creepy, and they don’t try to make it angry. Sunshine Blind comes back again with “This Longing,” very Goth. It’s got arpeggiating guitars, Caroline’s soaring voice, and a solid, if tepid, drum track. Hanzel und Gretyl grace the ears once more with “Trance Planet Vortex,” and it lives up to its name, creating a sonic wave that we can ride to the stars. Five bands, ten songs, and the whole CD is only four bucks! Hey, it’s a deal. Try to find it. 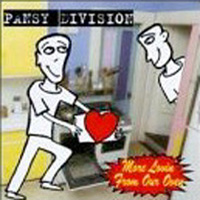 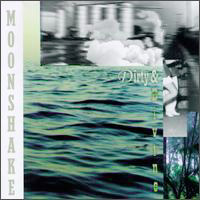 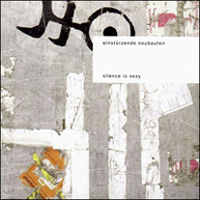