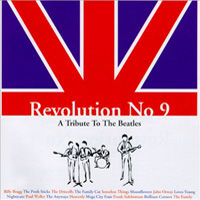 A Tribute to the Beatles (Creative Man)
by Chris Adams

Ever since a buncha bands got together six or seven years ago and decided to cover a selection of Grateful Dead tunes, there’s been an overabundance of these so-called tribute albums. What’s the purpose of these things? OK, ostensibly, it’s supposed to be a collection of bands so moved by the work produced by some other group that they’ve gone ahead and recorded cover versions of their fave tunes, imitation being the sincerest form of flattery, etc. Why, then, do the vast majority of these compilations sound like barely-competent, pedestrian studies in simian mimicry, pristinely packaged and digitally preserved for my personal displeasure? I’ll tell ya why – because 90% of the groups on these collections are super-unknowns thrilled beyond belief that they’re gonna be on a record, any record, so they just plug into their borrowed porta-studios and crank out hideously adequate carbon copy covers of the band being celebrated. Let’s face it – most cover versions are only interesting if A) you’re familiar with the work of both the band being covered and the performer, or B) the performer manages to breathe new life into the material, or present a new, preferably weird angle on the song being covered. I mean, that series of Velvet Underground cover albums on Imaginary looked great on paper, but who wants to hear a ho-hum, play-by-numbers, two-track version of “Waiting for the Man” by Forgotten John and the Hamfisted Nobodies? Is that really such a tribute? Weren’t the Velvets worth a little more than that? And wouldn’t you rather just hear the original?

About half of this Beatles collection falls prey to this tribute album syndrome, the artists’ cover versions sounding like low-rent takes on the originals with little or nothing added to them. Otherwise, it’s a pretty mixed bag. The album opens up with Billy Bragg‘s herky-jerky high-speed take on “Revolution,” which seems as much a nod to his own Communist affiliations as it is to the late Lennon’s high-profile socio-political interests. And, like most of Bragg’s recent work, I’m unable to take it even remotely seriously.

The guy’s written some pretty good songs, but to me, these days he just seems like a vaguely annoying, innocuous presence without the good graces to accept his has-been status gracefully. (Note to Creative Man staff – no matter how annoying you also find Bragg, you did put him on your record – the least you could do is get the spelling of his name right – that’s Bragg with two “g”s. Fire the Quality Control guy immediately.) “She Said, She Said” by the Driscolls, though, is pretty good. They manage to make their version of one of the best psychedelic tunes ever sound pretty trippy, in a sorta billowy way, without directly copying the Beatles’ methods (backwards tape loops, etc.) It’s not better than the Beatles’ version or anything, but at least it wobbles on its own two legs, gazes at you with its own two glazed saucer-eyes and proudly announces in its own voice, “Hey kids – acid’s groovy!” “True Life Hero,” by the Pooh Sticks, is not actually a Beatles cover at all, but a song by this early ’70s group Klaatu, who were falsely rumored to be the secretly-reformed Beatles performing under an alias – so caps doffed to the Creative Man staff for their sly sense of wiseass humor, if nothing else. The Family Cat were always relatively unknown, but they were generally great, as evidenced by their dynamic, churning “shoegaze” version of “Across the Universe.” (Bonus: singer Fred Somethingorother can actually really sing – I’m sure few others could muster such technically pristine conviction for lyrics like “Chi-kar-oo-day-la–OM [or whatever.]”) “I Must Be In Love” by Senseless Things is, essentially, Supergrass’ “Alright,” but not nearly as much fun. The weirdo award goes to Moonflowers, whose sinister jazz-lounge perspective on “Norwegian Wood,” complete with whispered backing vocals, bizarre fake scat singing, and what sounds like a dripping faucet, is just creepy and disturbing. (Lennon probably woulda dug it, the freak.) Low points are an awful version of “Rain” by Beatle Hans and the Paisley Perverts (the name’s kind of a tip-off, dontcha think?) and “Don’t Let Me Down,” by Paul Weller, who’s apparently still hell-bent on his ill-conceived mission of convincing the world that he is, in fact, one helluva righteous soulful dude, mama. Overall, I’d have to pass on this one, but I’m sure Beatle freaks and archivists will eat it up. All of these covers are available elsewhere, so I wouldn’t go and buy the album if you’re looking for just one of the songs – see if you can dig it up on its original release. If you wanna check out a great Beatles tribute album, I’d recommend that you scour the record shops for the NME’s Sgt. Pepper Knew My Father. Ultimately, though, the greatest Beatles tribute is the entire world of pop music in general, which certainly wouldn’t have done a fraction of the great thing’s it’s done without the “Four lads from Liverpool who Shook the World.” (Wings and Ringo, however, were always crap. But you knew that.) 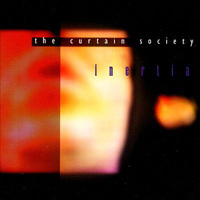 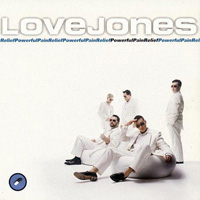 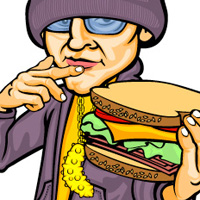