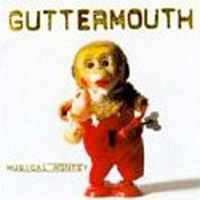 So your mom fucked a donkey in Mexico?
My parents are kinda weird. They aren’t really hippies, but they’re freaky people. When they were still together, my two brothers and I would go down to Mexico with my parents. My dad would get shitfaced, and he’d take us, the whole family, to see the donkey show. That was back in the early ’70s. My parents took us to all kinds of weird places. They used to take us to San Francisco all the time. They’d hang out on Haight Street and get drunk, smoke pot…

It doesn’t show at all. How long have you been doing this zany punk rock thing all the kids seem to be into now?
Since ’79, I guess. The early stuff was garage stuff not really worth mentioning, but Scott (Sheldon, guitars) and I have been playing together since, shit, 1983. Little things that never really did much. We played The Cafe Du Grande, notorious for Dollar Night on Tuesday. Six bands for a dollar. It was great, everyone hung out there on Tuesday nights. 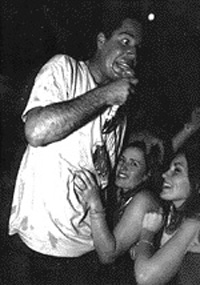 It was a cool scene and the bands were good?
Well, no. Secret Hate used to play there a lot, The Conservatives… early L.A. scene stuff.

You’re not from L.A., are you?
No. Huntington Beach, which is NOT L.A.. It’s that Orange County thing.

By merely kicking around this long, does that make you old school?
I’m claiming yes. Uh-oh, my roommate Jimmy is home. I have a crazy, hairy roommate Jimmy, and these two other guys. Jimmy’s growling at the dog right now. We have a dog named Weezy.

How much time do you spend on tour, and how much of it is spent fartin’ around your house with your crazy, hairy roommate Jimmy, the two other guys without names, and a dog named Weezy?
We’re out about six months out of the year, and the rest is spent, belch, farting around.

Where do you get lyrical inspiration?
That’s Jamie (Capt. James T. Nunn, drums) and me, writing about whatever makes us giggle at the time. You know how you get with certain people, and everything’s funny? That’s Jamie and me. We wrote all the lyrics for Musical Monkey in, like, a day and a half. Belch. Excuse me, tortilla.

I like the hamburger band photo you did. Why are you the top bun?
You don’t think I’m the top bun? OK, well, Stever, the bass player, did that.

Stever is the cheese.
Yes, he is. 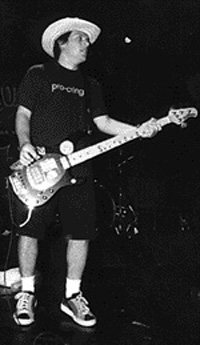 Each album you have a different nickname, what’s “Mercury” mean?
Jamie gives me the names. We were in Canada, at the West Edmonton Mall, the largest mall in the world or something, and we were eating at The Hard Rock Cafe. They were playing Queen video after Queen video and we really got a kick outta that. There’s really not much of a story behind it, I guess.

No, I guess not. I liked “Nature.” What was the story behind that one?
That was my nudity phase. I’m over that.

Was indecent exposure one of the reasons you’ve been sued? Or was that for stagediving on someone, or dorkin’ someone’s underage daughter?
Most recently, it’s for someone getting hurt at one of our shows. And they only want $120,000.

They gotta buy their crack somehow. Welfare checks ain’t what they used to be.
It’s costing us money in the meantime. It’s been going on for two years. We get letters in the mail, and we forward them to our attorney.

Does he work a lot with bands going through this kind of shit?
All the time. The first time we got sued for this, some friends of ours were videotaping the show for us. He got hurt really bad, neck and back injuries, it was really serious. He tried to subpoena all the videotape from us. When we rolled the tape, it showed him doing like seven or eight stagedives, flips and stuff, and when the guy’s lawyer saw that, the case just folded. 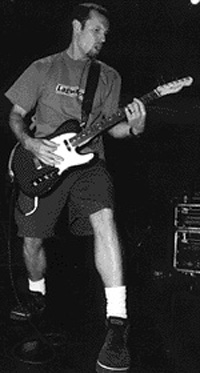 I don’t get it. Why would anyone ever sue the band?
That’s a very good question. What do they want, a free copy of the record?

They buy your records, they pay to see you live, they get hurt at your show, and it’s your fault?
It’s the parents, not the kids. But what’s stupid is the clubs, and in some cases the promoters, are usually the deep pockets.

Pockets don’t get too much shallower than the band’s.
They’re at least insured.

It seems like an old school thing to do now, and seeing as how we’ve ascertained you’re old school, does this mean you’ll be starting a label?
Actually, I started a distribution company about six months ago. I’m up to about a hundred titles. I have about 60 bands’ releases, shirts, stickers and stuff. It keeps me busy when I’m at home, and my nice girlfriend Michelle takes care of it when I’m on tour.

You have a nice girlfriend?
Named Michelle, yes.

Fags seem to come up in your lyrics a lot. Why?
What do you mean? In which songs?

You’re neither repressing latent homosexuality nor voicing deep-rooted homophobia. It’s light, it’s playful, it’s gay and skippy…
It’s like if one of your friends spills a beer on your carpet, you say, “Stupid fag. Clean it up.” It’s like calling someone a jerk. It’s guy talk, fag, get it? Certain groups of people just don’t get it. They’re usually the ones with all the patches all over their little backpacks.

Like the story you tell in “Abort Mission.” Your shoes are wrong, your jacket’s wrong, your condom’s wrong… It’s like how do you go through life being so fucking “right?” Every minuscule detail monitored…
And those things are so important, right? Forget about paying rent, surviving in real life. 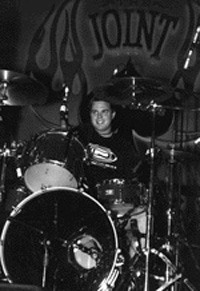 Too much free time, too fuckin’ comfortable in life, the lack of red meat in their systems makes them passive-aggressively miserable bastards to try to coexist with.
And they’re missing out on all the great tacos. A shame, really.

You’re really into Mexican food, huh?
I’m from California. It might as well be Mexico.

I’m used to Taco Bell. You can’t tell where the food ends and the wrapper begins. And both give you the runs. Do you know the All song, “Alfredo’s?”
Yeah. I’m not much of an All fan, but the Descendents were one of the first bands I ever saw. The Dischords, Descendents, then Social Distortion, some other band, and the Stains. It was a hoot. Scary. It was scary back then. There was an element of danger at shows. Now everything is very safe. The only thing you have to worry about is getting sued by some kid’s parents.

Do you ever play with the Nobodys?
Oh yeah, I know JJ and those guys. Everyone else seems so wholesome right now. That’s not what this music started out as. Not that I have the exact definition for the word punk, but it’s certainly not supposed to be wholesome. And ska? Oh please! It’s way too happy. If the Waltons started a band, it’d be a ska band.

What was the inspiration behind “Corpse Rotting in Hell?”
We were in Providence, Rhode Island, your neck of the woods, and we were playing at the Met, I think. There’s a big club and a little club. We were playing at the little club, and the big one was having this big cornball metalfest. The bands were so bad. This one band draped evil gargoyle pictures over their amps, lit candles, and were supposed to be really, really scary. We went over there to see that big fat slob Billy Milano play, and this other band stood there and shook their heads, barking like dogs, that whole death metal thing. Ever since then, we buy Pit magazine, just to get a kick out of it.

I love the way you actually have dogs barking as the lyrics, and how there’s no rhyme or reason to the drum track. The drummer just jumps to hyperspeed, just ’cause he can. Then he goes back to the chomping at the bit part with no regard for what anyone else is playing.
That wasn’t rehearsed.

No. Really?
We were just fucking around in the studio, and Don (Cameron, producer) recorded it. Derek (Davis, guitar) made all the noise on the scratch vocal mic. I think he said “Corpse Rotting in Hell” once, and since there weren’t any other words, that became the title.

What about “What If?” That must’ve been fun to do.
It was. That was written by Kevin Dill, the guy who sells T-shirts for us. He’s our only helper. He and Jamie were in a bar in Montreal, drunk, talking about what it’d be like if Fred Schneider sung for the Doors. They were running around, singing Doors’ songs in a Fred Schneider voice, so we wrote a song about it. It came very easy.

It’s scary how the two overlapped and bled from one to the other so effortlessly.
It is, isn’t it? Who’da thunk? I’d love to hear back from Fred Schneider on it. I’ve never met the man, but I’d really like to.

You were on the Before You Were Punk compilation, weren’t you?
Yeah, we did Joe Jackson’s “Happy Loving Couples.” Usually when we’re on comps, they’re previously released songs, but that song we went into the studio to record.

Do you have anything on Kung Fu Records?
No, we don’t. And I love Kung Fu.

You should do a 7″ for them. You’ve got something on practically every other label known to man. Collect them all kids!
I love The Assorted Jellybeans.

I thought you hated ska.
But it’s The Jellybeans! What a hypocrite, huh? If you know the guys… They’re more punk than ska, and they’re good guys.

What’s your thing with Japan?
What do you mean?

The last album, Teri Yakimoto, and the line “You only take your shoes off when you’re in Japan” from “Abort Mission.”
I think the words just rhymed.

In that regard, you guys are a lot like The B-52s: You say some really meaningful shit amidst all the inane, dippy shit that rhymes and sounds cool.
That’s probably the best compliment anyone could ever pay us. 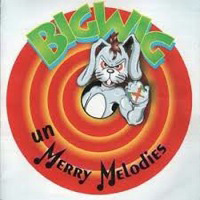 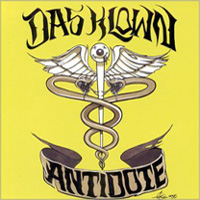