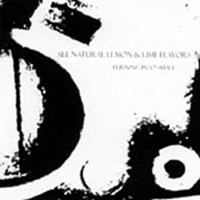 All Natural Lemon and Lime Flavors

Bliss has the tendency of sneaking up on you in the most unlikely places. I mean, look at this – a band with a slightly silly mouthful of a name, an incomplete sentence for an album title and a studiously nondescript cover (an extreme closeup in inglorious black and white of something – I know not what, I care not what) on a label that I’m pretty sure has released some worthy records in the past, but itself has made no lasting mark on me other than as a relatively arcane Steve Martin reference. (Come to think of it, that album title could be a somewhat intellectual way of saying “Let’s get small,” but I’m grasping here.) No musicians are listed on the sleeve and the song titles (“False From Above,” “Paradigm Somehow”) are apparently designed to twist oddly in the mind for a few seconds and then be gone. In truth, I have rarely seen a CD go so far out of its way not to be noticed. (I think there have been others, but their names escape me just now.)

So (as the infomercialesque testimony goes) imagine my surprise when… I slapped this on with manually-lowered expectations and images of indie nothingness dancing through my head and got clouted between the eyes by a melodic cinderblock made out of feathers and rags. On the most basic level,All Natural Lemon and Lime Flavors are merely doing what dozens of other bands have attempted for the past seven years – trying to write that sequel to Loveless that My Bloody Valentine hasn’t gotten around to finishing – and at that, they’re more successful at it than I was in keeping my pledge never to mention MBV again until they stopped hanging around with professional lethargitians like J Mascis and Sonic Boom and actually got around to releasing something other than inaudible guest spots on other people’s albums. But the symphonic washes of keyboards and guitars (deliberately made difficult to distinguish from one another), the enigmatic lyrics and the more spartan settings add up to an all-inclusive crash course in glimmer-pop, practically a doctoral thesis on the form that has tickled the whipped-cream hearts of your more sensitive drug abusers from the time the Fabs recorded the last verse of “Rain” backwards through the more recent proliferation of single-syllabled bands whose hammered-gossamer guitar sounds apparently weighted their skinny white necks down whenever they appeared on stage. And I think they’re even from Jersey or some such place. Great, glowing stuff – look for the CD that makes absolutely no impression on you in your local record store. 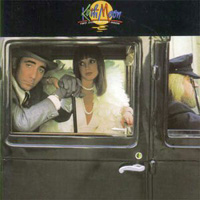 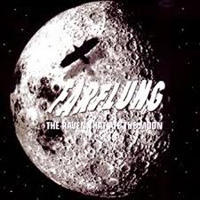 Farflung – The Raven That Ate the Moon – Review 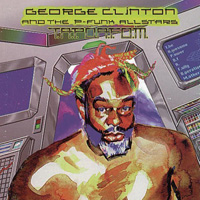