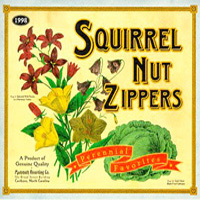 Okay, not much to say about the album itself – it sounds pretty much like Hot, there’s some comparable tracks (a calypso-ish tune, some foot stompers, some ballads), some new branches (a pseudo-mid European folk tune, and even one authentic, slightly offensive Asian stereotype ditty), but mostly – it’s Dixieland. You like Dixieland, you get Perennial Favorites. So, my problem is with something I read in another ‘zine – I either forget which one, or I don’t want to embarrass them. Anyway, they were going off on the whole “swing revival” thing. They didn’t like it, and threw a bit of venom in the Squirrel Nut Zippers‘ direction, saying that they don’t have any talent, and wouldn’t stand up to vintage recordings.

Now, that might be true of some of the “big band” groups that have hit the scene which seem to be nothing more than cast offs from the “ska revival” (perfectly summed up in this rag as a punk band that hired the dweebs from their high school marching band to be a “horn section”) who didn’t get the record contract and decided to go “swing.” They certainly couldn’t hold a candle to Basie, Miller, or even Mingus for that matter. But that’s Big Band. They’re supposed to be a unit tighter than a spinster librarian. But Dixieland? There’s another story. First, some history.

Back in New Orleans, ’bout the turn of the century (1900, stupid), there were, um, “ethnic” marching bands (there were others throughout the country, but the usual setting was Na’wlins). They were trying to play the standard Sousa marches, but they couldn’t afford or were otherwise denied the sheet music, and they weren’t “traditionally” trained. So, they picked it up by ear. Still, there were sections where no one knew what to do, so the entire band would make stuff up, each playing on top of the other. That sounded especially good over the 6/8 tunes (Ya-da-da,Ya-da-da), and it eventually evolved into songs independent of the marches from which they were derived. They called this “Dixieland.” That later further evolved into “Jazz” (props to Louis Armstrong). The point is this: Dixieland is an earlier, rougher, looser form of music than what Miller and co. did in the ’40s.

Secondly, my grandfather was a huge Dixieland fan. He would give me albums for Christmas of the Dixieland greats, and take me to Dixieland festivals. And y’know what? The shows were raucous, loose, funny, and entirely “unprofessional” (i.e. they had a lot of fun). You see where I’m going here? The Zippers are continuing in the tradition of Dixieland, not jazz. Before he died, I gave my grandfather the Zippers’ albums, and he loved them. They fit perfectly into his collection. In fact, he couldn’t believe they were in their twenties. I’ll take the opinion of someone who grew up with the stuff over some critic sap who’s trying to lead the backlash wave.

In short, the Zippers are what they should be – a Dixieland band who likes to kick out the jams. They ain’t virtuosos, and they ain’t supposed to be.
(Mammoth 101 B Street Carrboro, NC 27510) 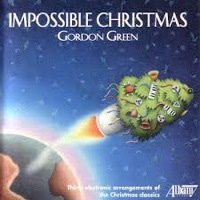 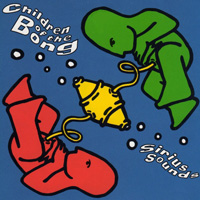