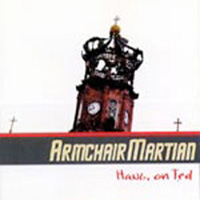 No, that’s not a typo: the record is called Hang, on Ted, not Hang on, Ted. I have no idea why. And for all the punk, punkpop, melodicore, powerpop references that’ve popped up in their past, Armchair Martian have taken a slight turn toward straight-forward roots rock. With a serious country influence. I know that’s almost as trendy now as saying your punk band was heavily into glam metal in the ’80s, but Armchair Martian convey a sorrow, a loneliness, and a human warmth that’s made country affect a larger number of Americans than any other genre, hands down. Saying you were influenced by Hank Williams and Willie Nelson when you grew up is a far cry from slipping in “What a friend I have in Jesus” and not being stoned (either way). See, it works. Produced by Jason Livermore at the Blasting Room, Hang, on Ted sounds like traveling long roads with fields on either side, head leaning against the glass, the nagging loss of what you’ve left behind and the uncertainty of what lies ahead. The true-blue feeling that made Springsteen and Mellencamp – or on the punk front, Social D. and Hüsker Dü – legends. Armchair Martian seem poised for greatness. Timeless, classic greatness. With no lyric sheets, no credits (just production, the CD doesn’t even list the names of the band members, much less include photos of them working on their cars or smiling outside a truckstop somewhere in the heartland), just some humble special thanks – the guys seem content letting the music be the focus, not the photos, the videos, the statements, or any other distraction. It’s all about the music.
(4901-906 Morena Blvd. San Diego, CA 92117) 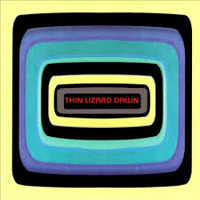 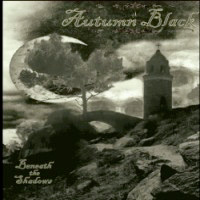 Autumn Black – Beneath The Shadows – Review 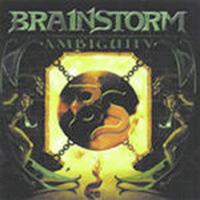