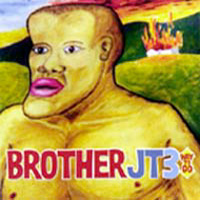 Brother JT is, at first glance, a man with some sort of bipolar disorder. His musical endeavors exist within two highly specific, highly personal modes of expression. There are the fractured Brian Wilson bedroom pop songs, and there are the Terry Brooks (the guy behind those two Strange LPs – obscure psych) spazzodelic guitar freakouts. Both modes involve weirdness, but I’m sure you’d already realized that. 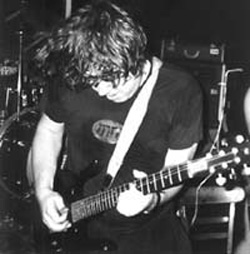 Although I’m a Beach Boys fan and a Brian Wilson admirer, that part of JT’s oeuvre has never been of any real use to me. It’s lucky for me, then, that Way to Go falls, for the most part, into the latter classification. There aren’t any surprises to be had here, just the same sorts of fuzzed-out guitar lines luxuriating over top of a rhythm section that keeps everything together without seeming to. This is the first album where I’ve noticed such a pronounced Neil Young influence, but this doesn’t really change what I’ve already said. I have a soft spot for this sort of thing, and JT does it really well. His live shows are even more acid-damaged – they’re definitely worth seeing, just don’t get close enough for him to spit grape juice on you.
(2000 West Carroll St. #201 Chicago, IL 60612) 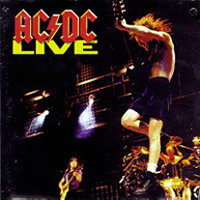 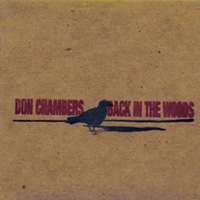 Don Chambers – Back in the Woods – Review