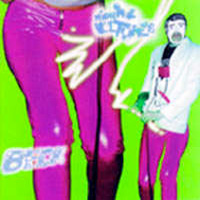 Well, at least he took time on this one. Beck, always one to throw a change-up, slips into the cracks between Mutations and Odelay, and becomes glorified in the public’s eye as the pop-culture-cuisenart-cum-disco-soul-jester with Midnite Vultures. At least on the radio. “Sexx Laws” and “Mixed Business” are just that, fractured and sometimes forced ’70s feels with requisite “goofiness,” like banjo breakdowns and lyrical non-sequitors (“drive by bodypierce” is still better than either “wearing hepatitis contact lens” or “pour champagne on a honey bee”). Luckily, the Dust Brothers once again step in and save the day. Although not as omnipresent as on Odelay, their touch on “Hollywood Freaks” and the now-legendary show-closer, “Debra,” rounds out Hansen’s overpowering goofiness. Not that he can’t do anything by himself… Beck’s written and produced just about everything else on Vultures, and with the exception of the radio singles, he has just as firm a grasp on… well, on whatever he has a grasp on… now as he ever has. “Hollywood Freaks,” for example, contains Beck’s version of west coast hip-hop raps, sloppy as it can be, sending shout-outs to, well, everyone… On a side note, when are the Dust Brothers gonna produce a Snoop Dogg album? That would be a crossover classic, guaranteed… hey, I get a cut of the royalties for suggesting it first. Anyway, yeah, he’s got a few fingers stuck in ’70s pop pies, but it’s much more satisfying when he goes for soul over disco. “Peaches & Cream” has that laid-back groove, with the Loser King crooning falsetto before it falls into an Eno idiot-energy military choir, which adds a little change up to an album that actually grows slightly predictable in its bipolar genre swiping.

What I’m trying to say is that Beck may not be as relevant and groundbreaking as he once was, and he may be a little too concerned with polyester and wide lapels. In a way, he’s become too quirky for his own good. The stand out track is “Milk & Honey,” a (waitaminit, lemme check my thesaurus for a synonym of “quirky”) rocker that features, believe it or not, guitar by x-Smiths Johnny Marr. Why is it the stand out? Cuz it’s one of the only songs that avoids disco soul. Sort of. Oh well, you can’t always be relevant.
(www.geffen.com) 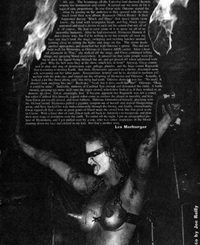 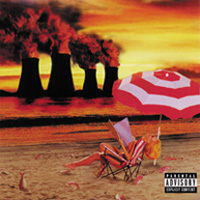 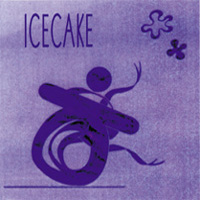