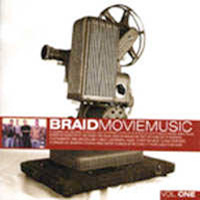 Iron Maiden and Billy Joel both said it best: “only the good die young.” Time and time again, the great bands that bless the music world with their presence are the ones that go the quickest. The Organization, Far, Solstice… and now, as history repeats itself and the gods of misery laugh upon the world, Braid. Why??? Oh why, I ask!! Why must the most talented, skillful, expressive, original, and craft-built units be so fleeting? What about the thousands of people who’ve yet to experience the kind of magnificence creatures such as Braid could embody? Well, as music lovers mourn the loss of this indie rock titan, we at least now have something to hang on to as a wave-goodbye. Behold:three posthumously released albums by one of the genre’s most influential and best songwriters. Whether this makes dealing with the pain easier or harder to accept (as you weave through a total of three-plus hours of Braid) is up to you.

But before we get into what these three “new” records are all about, a little history must be given to those unfamiliar with Braid. Braid formed in late ’93 in the soon-to-be-fertile indie rock land known as the Midwest (Champaign-Urbana, IL, to be exact). Their emergence (along side Capn’ Jazz and a few others) saw the birth of a new genre: mathcore. Some call it emo, some call it indie rock, but in reality, none of those terms fit with what Braid helped create in the mid-’90s. Taking their post-hardcore and DC-style influences (Rites Of Spring, Jawbox), mixing it with an exaggerated sense of “art college sensibilities” (meaning that things like poetry, off-time rhythms and music theory sometimes got involved), and topping it off with “sensitive” observations on life, love, and friendship, mathcore was a unique genre in that it combined all the genres it was compared to. But just blending it all together alone didn’t make it stand out. There was something else… Something that emo and indie rock bands didn’t have: mathcore bands had the Midwest. Whereas emo and indie bands glowed with urban anger and expressed it through words and music, bands from the Midwest modified the sound into something distinctly their own simply by coming from a different environment/perspective. A primarily agricultural environment. Between the angular Fugazi chords and shouts came Heartland life, with its sunshine and open roads drooling beauty all over the music. Mathcore created a genre that established its identity by not being urban. It painted lush soundscapes amidst polyrhythms and weird guitar tunings. It became a vibe that no other genre could steal. It unleashed the identity which many, many bands have since followed (The Get Up Kids, The Promise Ring, Joan Of Arc, Mock Orange, Rainer Maria, just to name a few), and Braid was one of the first – and best – to do it.

Like any other genre, mathcore took a few fumbling first steps (see any Capn’ Jazz record and most of Braid’s debut Frankiewelfareboyagefive) before it found its footing. But once the “sound” was pinned down, the bands blossomed. Braid was one of the first to do so, and the process has now been documented in two separate CDs. Movie Music Vol. One and Movie Music Vol. Two are what you would call “wrap-ups” or “discographies,” tracing Braid’s career from beginning to end with rarities, out-of-print, and unreleased material. Through the thirty-six songs on the two discs, we get a full ride from the band’s confused beginnings to their wonderful adulthood (the last song the band ever recorded before breaking up, “You’re Lucky to be Alive,” is simply magical). And although some of the earlier stuff here can be a little difficult to swallow due to their under-developed ideas, one can’t help but listen because it shows where the magic developed from. Sure, it’s funny to hear Braid in its first, side-project-only recording with a one-off girl singer (and alternate guitarist), but hearing original 7″ versions of album gems like “First Day Back” and “Consolation Prizefighter” (presented here with a “The” prefix – just thought I’d point that out to prove how dorky I am) is priceless. The alternate versions not only give a glimpse into the band’s working mentality by providing comparisons/examples of how one song progressed through different recordings, but show just how prolific this band was. Besides the twenty-seven tracker Frankiewelfareboyagefive (one song for each letter of the alphabet), Braid had almost as many compilation and 7″ tracks as their album tracks combined. Now that’s work ethic (oh, and there’re remixes and cover songs too. Travis of The Dismemberment Plan reworks “A Dozen Roses” into “Roses in the Car;” and songs by The Pixies, The Smiths, and Billy Joel are transformed by Braid).

Another example of Braid’s professional work ethic was the frequency (537 shows total) and intensity of their live shows, something Lucky to be Alive tries to capture. Recorded during their last show ever (at the Metro in Chicago), this disc is the band going through seventeen of their favorites flawlessly. Seemingly emitting energy from every note, syllable, and beat, Lucky to be Alive succeeds on another level by showing that Braid is not one of those “new material only” live bands. Including old songs in their sets such as “Autobiography,” “Divers,” “The Chandelier Swing,” (all three from second record, The Age of Octeen) “Capricorn,” (from Frankiewelfareboyagefive) “I’m Afraid of Everything,” “Forever got Shorter,” (from 7″s) and (not on the disc, but by the set list on the album cover) “Hugs From Boys,” “Niagara,” “(Strawberry Ann) Switzerland,” (all old 7″ songs) Braid’s live shows ensured that the audience got a well-rounded feel for the band’s discography and progress. And since the mature Braid played the early Braid material a thousand times better, there was no reason to leave out classic oldies. Lucky to be Alive is as close in terms of performance and tear-jerking emotion (knowing that this is the last show and all) as any Braid fan will ever get now that the band is no more.

These three discs are more than worthy (grudgingly) closing chapters to an influential and brilliant band. It shows Braid as all will remember them: always progressing, always writing better songs, and always kicking ass live. And though their legacy lives on in melodies, here are three reasons why they will always be sorely missed.
(www.polyvinylrecords.com) 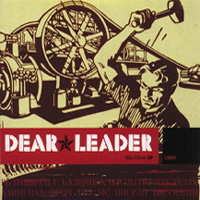 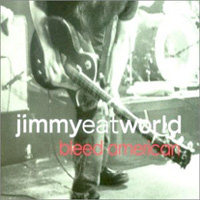 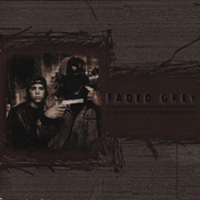