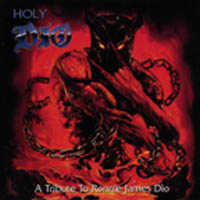 Nice. One might fear this slab’d suck ass cuz it focused on only one time period of RJD, a man who’s sauntered through two great metal bands (Rainbow and Black Sabbath, natch), and had a great (early) solo career. It doesn’t, and it doesn’t (focus and suck, for those having a little trouble keeping up). A few glaring omissions (some explained as legal troubles in the bio) and unnecessary inclusions (later solo stuff – sorry, I got as far as Sacred Heart, and even that was pushing it) aside, this 75-minute chunk o’ metal is definitely worth picking up. While there’re a few faltering moments, mostly vocal, what the hell do you want? It’s freakin’ Dio: the man, the mythical little fellow, the voice… And while a few compensate for lack of power with style, others should’ve known better (or been told to sit this one out). But seeing as one of the points of this kinda thing is to bridge today’s bands with the classics of yesterday (these gems are not necessarily yer Dad’s dusty relics, kids, this is where yer heroes’ roots are), there are plenty of great bands covering great songs, and really doing a good job of it. This ain’t no hack tribute thrown together to make a few bucks, the bands do themselves and the songs proud. Perhaps if this does well, Century Media’ll do a follow-up cuz I can think of a dozen or so bands I’d love to hear take a stab at these and other classics. And if nothing else, it’s inspired me to go get a couple Sabbath releases I never did get on CD. Shame on me! Bowing at the alter of Dio: Steel Prophet “Neon Knights,” Hammerfall “Man on the Silver Mountain,” Destiny’s End “The Last in Line,” Fate’s Warning “Sign of the Southern Cross,” Gamma Ray “Long Live Rock’N’Roll,” Doro “Egypt (The Chains are On),” Jag Panzer “Children of the Sea,” Blind Guardian “Don’t Talk to Strangers,” Axel Rudi Pell “Still I’m Sad,” Primal Fear “Kill the King,” Solitude Aeturnus “Shame on the Night,” Enola Gay “Heaven and Hell,” Angel Dust “Temple of the King,” and Catch the Rainbow “Rainbow Eye.”
(www.centurymedia.com) 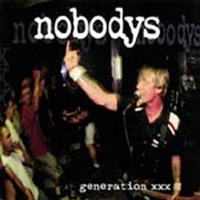 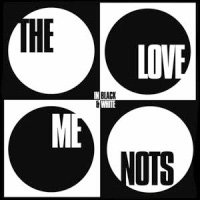 The Love Me Nots – In Black and White – Review 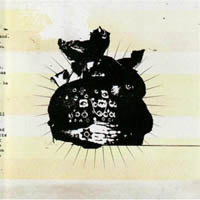