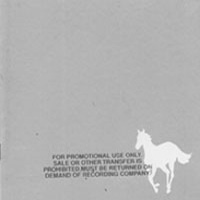 I’m sure I’m not alone when I say that I hate nü metal. I hate its shallow mentality, musical appetite, and quickness to rehash and dumb-down. I hate everything it stands for (testosterone, especially) and every element that makes up its pathetic little anatomy (take one riff, replay ad nauseum, use one tempo that any wash-up can come up with, add pseudo-tortured vocals/lyrics that have about as much substance and conviction as a door-to-door snake oil salesman). But let’s get one thing straight: Deftones is not one of these nü metal bands. 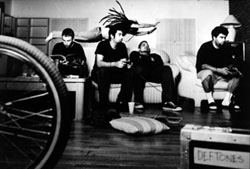 It is no secret that bands like Papa Roach, Godsmack, and every other shit band out there based their blueprints on Deftones. And for good reason, too: When they first burst onto the scene, Deftones embodied experimentation and soul-bearing magnificence like nothing this generation of teenagers had ever seen (and I stress this generation). They took the bounce of Biohazard, the vocal melodies of British shoegazer bands, the rhythmic complexity of Jawbox and The Jesus Lizard, and delivered it with howling, scarred screams that equally matched the disturbing, eloquently poetic lyrics. There was no denying art of this kind and everyone who witnessed them knew it. So wouldn’t you know it, soon enough every band was trying to tap into the same realm these mighty Californians conquered effortlessly. Well, not that it was necessary, but White Pony just made it a little harder for the copycats. Always pushing further, this record shows the band making the heavy even heavier and the experimentation even more out there. Age and success, it seems, have made Deftones more willing to find out what it is they’re really after: the punishing crunch of the guitar or the consoling whispers of a demented ballad. With White Pony, they’ve combined the two. An overwhelming vibe looms over the album, one with the experience of seasoned pros and the fearlessness of a young band marching into uncharted territory. A perfect combo of knowledge and optimism, one might say.

It pains me to think that perhaps Far, the only other band on the same wavelength (and incidentally Deftones’ best friends), could’ve come up with something equally as impressive as White Pony had they survived album number two. As it is, White Pony alone will have to fend off all the imposters and set the ever-raising bar for shitty nü metal bands to fall shy of.
www.deftones.com 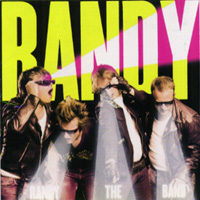 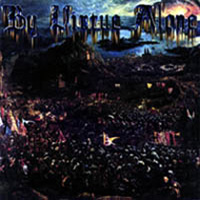 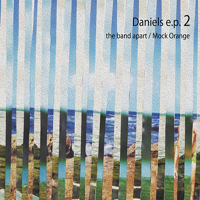