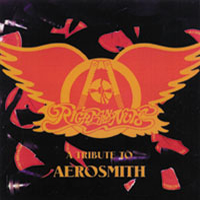 Right In The Nuts

A Tribute to Aerosmith (Small Stone)
by Craig Regala

Last cut on the second CD is Core doing “Soul Shaker” just like the sound check I saw Jeff Beck do in ’75 when he was screwin’ around with Miles Davis’ “Jack Johnson.” I think it’s a hoot. It’s also the farthest thing “out” here, but is indicative of the level of freedom the Small Stone execs allowed the bands. At first I found this kinda off-putting the same way I did with that Lizzy trib outta Chicago a few years back. Both of these bands have such a signature vocal sound and attack in the classic “really good singer who perfectly knows his range” way, and the tune’s hooks and general proceedings focus around their sound. Luckily, Aerosmith was a rock’n’roll/hard rock band and the music itself had plenty of ass meat for both tall and small to chew on. So as I listen to this trib as a hail! hail! rock’n’roll! thing, it’s A-OK to pretty good. The three best Aerosmith covers I’ve heard previously were by Testament, Die Kreutzen and Green River (live take on “Nobody’s Fault” – Solace does a powerful version here, like if Kiss-style hard rock had developed into something full on), so now you know…

Overall, you can chuck the covers into three piles. Straight-up love of the kick-ass originals pile one includes Fireball Ministry‘s “Movin’ Out,” Altamont‘s double-wide haul through “Make It” (dig that cowbell!), Atomic Bitchwax‘s well-gripped “Combination” – tough one especially when you hit that polyrhythmic hoo-ha the last minute – and The Quill‘s “S.O.S,” which sounds like they’ve been there awhile. Before I continue, I want to stress these covers aren’t bending over to Xerox the originals, they just work a similar stroll to the tunes. Honky bites down on “Adam’s Apple” as does Speedball with “Rats in the Cellar” and Voltage with “Draw The Line.” Electric Frankenstein gut-punches “Sick As a Dog” and prove their M.O. of rock ? punk? what the fuck! I bet those guys can do 10 Dead Boys covers from memory. Roadsaw have so much of this steamy rock’n’roll in ‘m they do just fine with “Toys In the Attic,” and Scissorfight (doing “Lick and a Promise”) is new to me but not to people who’ve been payin’ attention. Sounds like they could share a gig with, well, most anyone here.

Pile two isn’t too far off from pile one, except the bands’ personal grunt is a bit farther off. Puny Humans go for both the riff root grunt and crash cymbol stomp on “Rock In A Hard Place,” Drunk Horse kinda dirt stroke metalize “Kings and Queens,” and The Want sorta do the same thing with the fabulous “Let The Music Do The Talkin’,” honing in on the belly riff. Before the last cut by Core, three bands do heavy rock psychedelic-tinged takes on “Walkin’ the Dog” (Volume), “Seasons Of Wither” (Nova Driver), and “Lord Of The Thighs,” Red Giant slippin’ on their Fu Manchu-style flares. Similar to those guys is Half Man‘s stroll through “Round & Round.” The aptly named Iron Boss power gargle through “Train Kept A Rollin'” like they have a good-sized bottle of Antiseen/Confederacy Of Scum medicine around the house. Men of Porn prove Melvinizing “Lightning Strikes” is a good idea, and Soul Clique pull the not-so-latent funk out of “Last Child” using mid-’70s Funkadelic as a role model.

It’s kinda cool how some of these bands have worked this stuff back to the root heritage, proving how good the songs are when you scrape the sheen off (maybe these are all pile two-style too, but the boss paid for a three-pile review). So: for roots hoo-ha you get the acousticy backporch “Chip Away At The Stone” by Gideon Smith & the Dixie Damned, Raging Slab‘s mid-Southern kickass take on “Bone To Bone (Coney Island Whiteish)”, and Five Horse Johnson harmonica hawg tyin’ grease and grits “Bright Light Fright.” Finishing this heap is Alabama Thunderpussy‘s go for the groove, go for the riff, roll it in cowshit redefining of “Sweet Emotion.” It’s great.

Up there with Core in the you-guys-don’t-get-your-own pile section is Natas with a slow-stirred cover of “Remember (Walking in the Sand)” using a bit of the Kyuss-does-Gilberto-Gil thing with the last two minutes. Yeah, I know some of these songs are covers, but Aerosmith defined ‘m for our ears, or at least got there first.
(www.smallstone.com) 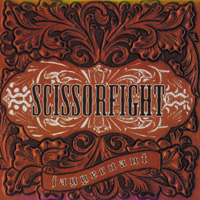 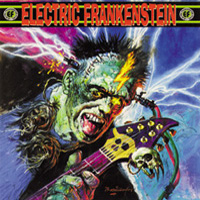