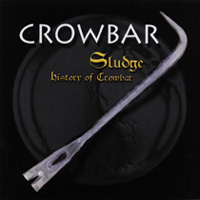 Sludge: The History of Crowbar (Spitfire)
by Craig Regala

A powerful thing, this career overview. Crowbar continue to hone their doom/sludge rock in the heavy tradition rather than the noisy or industrial mode of sonic disruption that plays well for anti-rockists and those who desire a cut-rate electronic path to impact. As bands follow logical music paths (not commercial, social or political ones), they often find themselves in well-worn areas with the same arsenal as other units. As it should be – you use the same language and tools, you play the same game. If you go outside, well, you’re outside. Don’t complain that it’s cold and lonely and no one likes you.

Crowbar is inside on their own terms. To pick up the handy compare-and-contrast tool, Crowbar is to the Melvins what Pantera is to Helmet. Like Pantera, the attack and approach is visceral, with no distance or irony. They come to their grindcore slow pig-iron thick, like some hardcore bands did as they sought to express the downer nature of their reality in real, physical musical terms. It brings to mind the Sabbath quote I read somewhere about how they felt they were just expressing how life was for people most of the time.

There are a couple things I really like about Crowbar that Sludge elucidates clearly. Firstly, the downer they express exists, but isn’t taken as given that it’s blamed on the outside world as much as it’s a struggle within that world. They don’t give themselves that easy out. If they did (and many do), they could be as extreme as possible but it’d only register as an academic exercise. It wouldn’t be grounded in reality, as they are. Musically, a bit of post-blues rock psychedelic warmth is worked in and out of the riffs – it makes sense among the constant mid-tempo to slow pounding. The singing is actually singing, the range keeping within communicable speech and giving the focus and continuity that’s melody’s gift in such heavy and harsh circumstances.

Also, they have a distinct personality, a style and focus that belies a muse at work. They could do other things musically, but they don’t. Crowbar is an enormous mudslide, sometimes going faster as it cruises down the valley, sometimes slowing up as it climbs obstacles in its way. Sometimes, it even looks kinda different from stuff it picks up along the way. It’s only on the surface though, the “thing” remaining the same.

Get this, they cover “Dreamweaver,” faithful and very heavy. Now why the fuck did they go and do that? I dunno, ask them… It works as well as to be expected and blatantly points to the little bits and pieces of the stuff they use judiciously within their own tunes to give them a resiliency mere “hardness” never can, just as their amazing take on Zep’s “No Quarter” does. Who woulda thought they’d have such a great sense of humor? So, if you want something more humane than black metal and more squared off than, say, the Down CD (where’s #2 guys?), belly up. Hollar for their take on “Aqualung” if you ever see them. Hell, just go outside and hollar for it anyways. God made a virgin pregnant, I’m sure he can broadcast a tune from the clouds for a believer like you.
(101 Bay Ave. Hicksville, NY 11801) 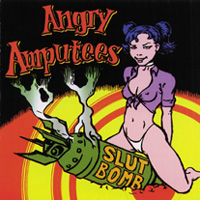 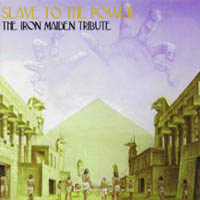 Slave to the Power: The Iron Maiden Tribute – Review 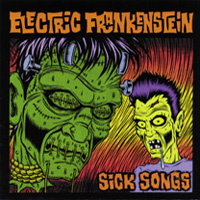