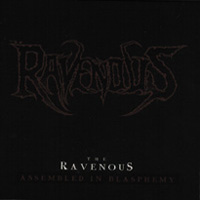 Leave it to the old pros to do it right. The Ravenous, featuring the all-star cast of Chris Reifert (of Abscess, ex-Autopsy and Death), Danny Lilker (of S.O.D., ex-Brutal Truth, Nuclear Assault, Anthrax, and a million other side projects like Exit 13 and Satan’s Bake Sale), Killjoy (from… uh… one of them black metal bands), and the “session assistance” of Abscess axe grinders Danny Coralles (also ex-Autopsy) and Clint Bower (ex-Hexx), are dragging gore grind back to its sickest, most demeaning, repulsive form. Unabashed devil horn-fist signs crowd the inlay photos, and lyrical subjects ranging from “Orgy in Dog’s Blood” to “Anointing the Worms” are farted out indecipherably through Killjoy and Reifert’s dual vocal attacks. It’s Symphonies of Sickness – minus the underlying melodies – all over again. This shit’s so dirty, so gutter-born, so stained with vomit, bong water, and gastric juice that you’ll want to take a shower after listening to it. But that’s what the best gore grind does to you – it creates a world of maggot-infested anuses for you to crawl through. If Abscess’ G.G. Allin-inspired, piss-soaked grindfest isn’t enough to satisfy your tweaked cravings… well, then, you’re a sick fuck. And you deserve the punishment that Assembled in Blasphemy will undoubtedly put you through. God help us.
(PO Box 42323 Pittsburgh, PA 15203) 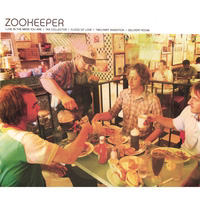 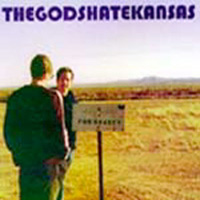 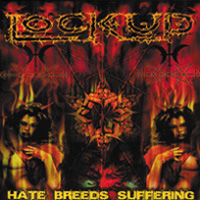