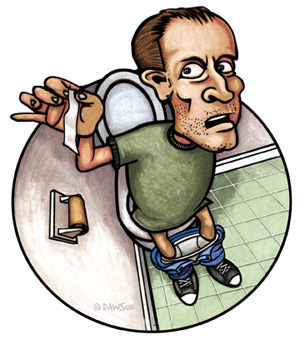 What We Wipe With

We’ve all run out of toilet paper. It’s a product we’re embarrassed to buy in a busy grocery store despite the fact that everyone has to at some point. But this time we’re the spectacle lugging the 144-roll pack to the checkout because it saves 3 cents a roll and, dammit, we won’t have to buy toilet paper again once we suffer this indignity.

Once you get it home, after watching cars swerve and almost crash into each other as they strain to get a better look at the thrifty shopper beneath the super-monster-jumbo-pack, you have to store your stockpile of TP somewhere. It won’t fit beneath the sink, and not just because you have well over a hundred half-empty bottles and cans of products you’re not sure you’ve ever used yet would hate to throw away because you may just need it someday. And if you have a pantry off the kitchen that isn’t already filled with spillover storage from every other room in the house except the kitchen because you’re too lazy to drag it out to the trash or put it in a basement or attic with all the other junk you have that you’ll never use again, the toilet paper will still be in an entirely different room than the one you’re going to need it in. And the kitchen is as far away as the grocery store when you’ve planned improperly. Proposed solution: put the tower of TP beside the toilet and pretend it’s a coffee table. Stack a few books and magazines on it, but leave the pornos beneath the sink.

Use only in case of emergency… We’ve all put off buying toilet paper until we’ve used the last squares with the glue on them, and seriously wondered if the roll itself couldn’t be ripped open to get one more “sitting” in before buying more. But when you do run out at an inopportune time, there are other paper and paperish products in your house you can use temporarily. Tissues, of course, are the most recommended. Of course, many have already eliminated this luxury item from the shopping list because toilet paper works almost as well. You simply have to check your face in the mirror for TP dust before leaving. You might wonder if that same dust is left when you use toilet paper for the purpose it was designed for. I’ve wondered, but I’ve never checked. And hopefully neither have you.

Choice number two of toilet paper substitutes is probably paper towels or napkins. Again, these are luxury items which may’ve been crossed off the grocery list. If you’re the type of person who buys the generic mac & cheese because you can get an extra box per dollar, you’re probably not the type to blow money on various sizes of glamorous paper products. And the truly thrifty will realize the facecloths from the dollar store or that your mom got you for Christmas to help you not live like such a goddamn barbarian can replace paper towels and napkins (until they begin to smell rather foul). But I digress…

If you’ve splurged and have paper towels, please keep in mind that the squares are much larger than that of toilet paper. They’re also much thicker and more absorbent than toilet paper, and while you may think you need that much absorbency, I doubt you do. So the slack is made up for as the paper towel sucks up much of the water from the bowl to reach maximum saturation, and then you try to flush this tightly-woven, water-logged mass down the toilet. Have a plunger on hand.

If you have no paper towels, napkins, or tissues in the house (or have now used them all up because you didn’t realize you’d go through your stash so quickly), you may wish to turn to the industrial napkins you get with take-out food. You probably have them tucked in a drawer somewhere with a few thousand of the twist-ties that come with trash bags, handfuls of cheap plasticware, and packages of ketchup, mustard, and various condiments you’ll never use but will randomly burst open someday and make a big mess. These industrial napkins are usually much the same as the ones in public bathrooms. They’re about as absorbent as notebook paper, but they are much more abrasive. I think the goal is not to absorb the water from your hands, but to grind the molecules of skin and water into a film you’ll wipe on your pant leg in frustration. These paper towels, again, are much larger than you’ll need, but they are not nearly as absorbent. And while you think you have a stockpile of these near-sandpaperish towels, you’ll be surprised how quickly you go through your stash, and it’ll be an unpleasant experience anyway.

While, in a pinch, you can use newspaper (glossy magazines, while often having the scent you’d like to smell of when finished, are as absorbent as bathroom tiles, but they’re more crinkly), if you think the ink comes off on your fingers as you gingerly turn the pages…

Finally, there is a household item many wouldn’t think to use, but is actually pretty high up on the list of toilet paper substitutes: coffee filters. They’re not as big as paper towels, not as unnecessarily absorbent as paper towels, much sturdier than tissues, surprisingly not as abrasive as industrial paper towels or newspaper, you probably have quite a few of them around, and they’re cheap. If you are environmentally-conscious and use either the permanent wire-mesh filter or those stiff, brown, cone-like filters, you’re either not the type to run out of toilet paper and search for household products to use in its place, or you deserve the discomfort of wiping your ass with the shrunken equivalent of a brown shopping bag.

Oh yeah, they work too.

The Toilet Paper vs. Bathroom Tissue Debate
Toilet Paper: I’m not wallpapering the bathroom with it, nor am I reading it (that’s what this magazine is for), so why is it called paper? If we have Hand-Wipes to wash our hands, why not just call ’em Butt-Wipes and get on with it?

Bathroom Tissue uses the word tissue. That should be a tip-off right there that it’s almost impossibly thin and prone not only to ripping at the most inopportune times, but actually disintegrating into atom-sized pieces undetectable to the human eye. Or, if it gets moist in the slightest, it becomes a small globule of discolored putty. A tissue is the product you blow you nose into, one that, if you pinch pennies, will split down the middle and leave you with the aforementioned handful of putty and snot. Not a pretty picture, especially in mixed company. But toilet tissue is no better. That ain’t snot on your hand now, but at least you’re in the privacy of your bathroom wondering how you’re going to roll off the necessary amount of the same product that just disintegrated without getting shit all over the place. 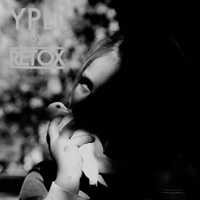 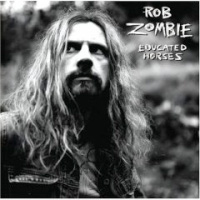