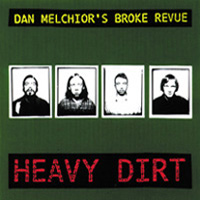 Heavy Dirt (In the Red)
by Jon Sarre

Like his buddy Wild Billy Childish, Dan Melchior plunders elderly American musical styles (like, uh, rock’n’roll and blues) and then rams ’em back home to us as outpourings of some eccentric and curmudgeonly Brit weirdo who’s sorta like an overamped Doc Boggs or someone like that – okay Boggs was this American weirdo ’round pre-mid-century, who ya might say was a folky but that’s just cuz Harry Smith labeled it as such, but there wasn’t really folk music like Joan Baez, so I guess Doc Boggs was more like Dan Melchior sans electricity (hah! Circular logic! Circuitous references!). Whas that all mean? I dunno, Melchior (and Boggs) is the type of guy to see genre as more of an abstraction and freely combine second-hand Delta blues with forty-fifth hand whatever grimey murder ballads from England/Appalachia and update it thru the Toe Rag studio school of crooked-teeth charm. If ya want this to make sense to ya, think Crampsy/first album Jon Spencer honed-down with organ sound and honed-up with lotsa guitar over which Dan himself sings about whatever happens to come to mind like “Blues Band Blues” or some rant about some jerk at a Texas gas station. His voice sounds lots like Childish or mebbe like Ben from The Country Teasers and Broke Revue sounds like the Headcoats playing an all request covers set at Junior Kimbrough’s blues joint the night the place burned to the ground.
(118 W. Magnolia Blvd. PO Box 208 Burbank, CA 91506) 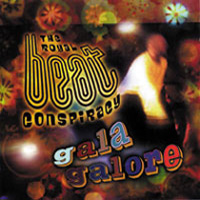 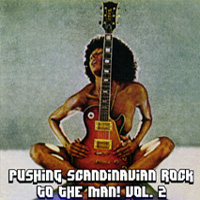 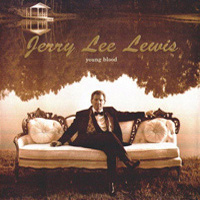