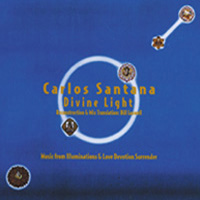 You may know Carlos Santana as the “unknown genius” known for two singles, “Black Magic Woman” and “Smooth.” Great. What you may not know is that after Santana started to suck (be honest, people: It’s not like he didn’t have a hit for years because everyone liked him), he got caught up in Eastern philosophy and jazz. Subsequently, in ’73 and ’74, he released Illuminations and Love Devotion Surrender. Never heard of them? You aren’t be the first… Anyhow, these albums featured such players as Alice Coltrane (yes, John’s daughter), Jack DeJohnette, John McLaughlin, Billy Cobham, and Jan Hammer (later known for his stunning work with the Miami Vice theme song). So, the albums go nowhere, Santana goes nowhere, then he rises in prominence again in the ’90s. So, archivist/jazz freak/producer/”visionary” Bill Laswell digs up the old albums, remixes them, and releases Divine Light, thinking that now would be the right time to bring these “misunderstood” albums to light.

Now, keep in mind, that during the ’70s, the kind of “out there” jazz that was being produced wasn’t your Harry Connick Jr. jazz, or your Kenny G jazz. It was freak-out, in-your-face, aggressively “free” jazz. That is, little form, less structure, and a dangerous amount of songs lasting well over 10 minutes. And strings. A lot of strings. Don’t expect Rob Thomas to show up. Now, Santana does a good job with song selection, choosing a couple of Coltrane tunes (“A Love Supreme,” “Namia”) and a couple of McLaughlin tracks as well (“The Life Divine,” “Meditation”). He even comes up with some of his own stuff. A lot of Divine Light sounds like abstract noodlings, something like if The Grateful Dead was peaking on acid with Mannehiem Steamroller. But he sounds best when he’s, y’know, rocking, which he does on the aformentioned McLaughlin-penned “The Life Divine.” And it sounds great. Laswell has always had a magic hand on the boards (I’ll forgive him for the Ramones’ Brain Drain, if only because one album out of 100 does not equal suck), and he jacks up the bass, makes the shimmering high end crystal clear, and then steps out of the way, not trying to put hip hop beats in, or anything, just letting the album (try to) speak for itself. 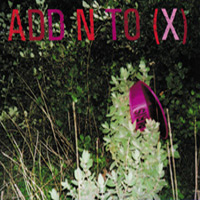 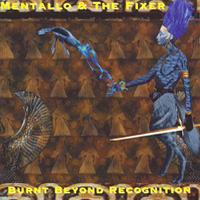 Mentallo and the Fixer – Burnt Beyond Recognition – Review 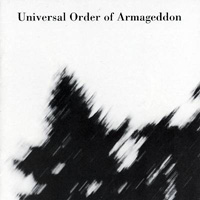